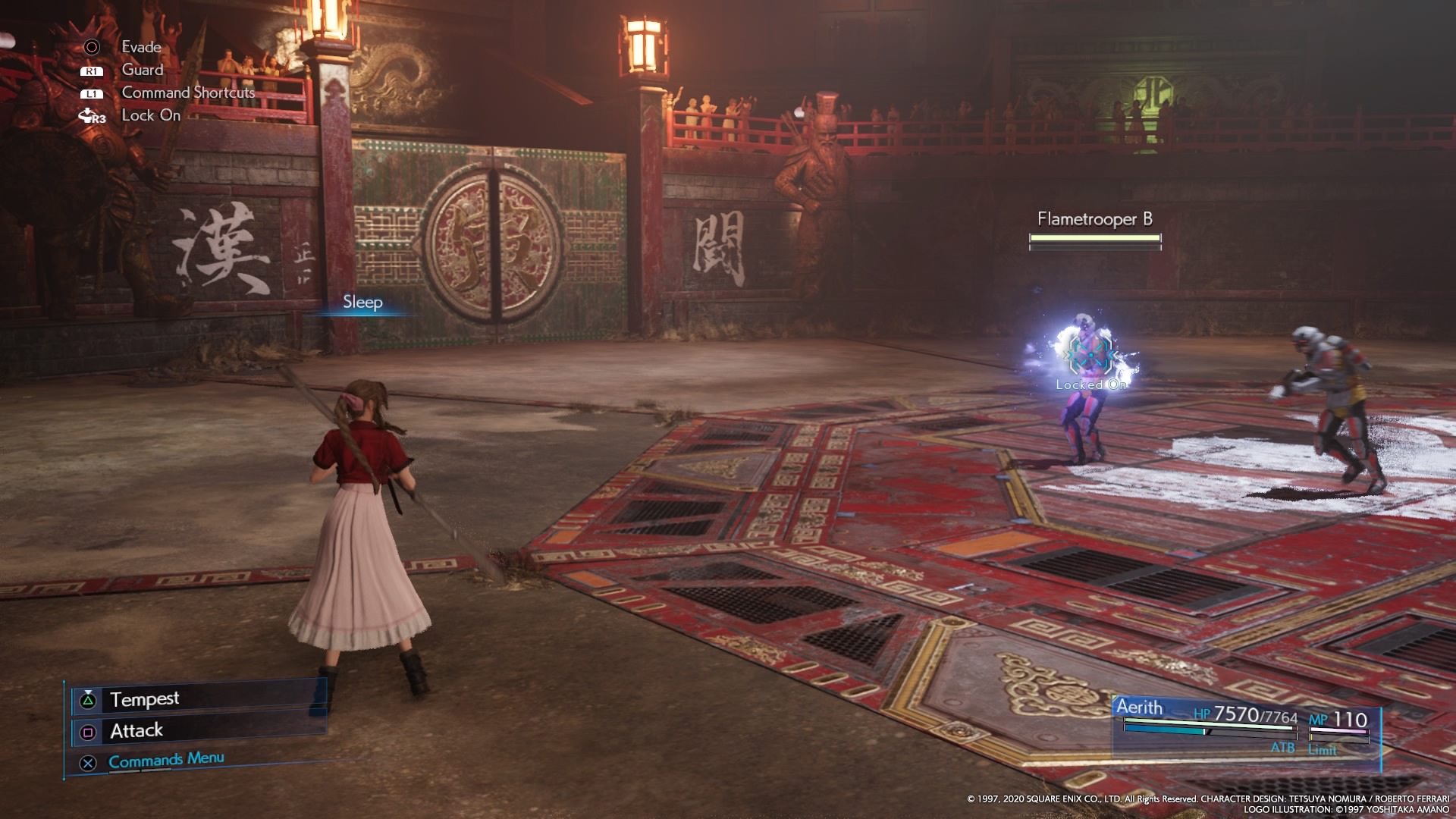 Allows you to use disruptive spells.

Binding materia is a

Magic Materia in Final Fantasy VII Remake equipped to provide the user spells that inflict debuffs that disable enemies. These spells are

Binding materia can also be paired with

Warding Materia to provide resistance to the

A binding materia orb can be found in the second robotic arm puzzle in the Collapsed Expressway of Sector 6 during the quest "Working Together" in "The Town That Never Sleeps".

Binding materia grants three different spells that disable enemies. Sleep will prevent a target from acting until they are awoken by a physical attack or until its duration ends, effectively removing them from battle until then. Silence prevents a target from casting spells for its duration, which can be useful on enemies whoo use spells often. Berserk will increase the amount of damage received, but also the amount of damage dealt.

Spells from binding materia can turn the tide of a battle by crippling an enemy, but they will only be effective if an enemy is not simply immune to the debuffs. In cases where the enemy is not immune, using a binding materia spell can allow the party crucial time to breathe and heal in a fight, or to take out nearby enemies before then focusing on the debuffed enemy.

There are many cases where bosses are not immune to Sleep, or to the

Stop debuff from the

Binding materia can be paired with warding materia to reduce the lengths of all three of its debuffs. As all these debuffs can have critical effects, this is an effective use of the materia.