Non-elemental
Big Shot is Barret's first level 1 Limit in Final Fantasy VII. He starts with it. Big Shot is a non-elemental attack on a single target that strikes a target for 3.25 times Barret's normal physical damage. Using it nine times unlocks Mindblow.

Big Shot is performed by Barret charging up a large fireball and then releasing it at the target.

Big Shot is a non-elemental attack that deals 3.25 times Barret's normal damage. Like normal physical attacks, its damage is determined by Barret's Strength stat and his currently equipped weapon when dealing damage. It can be used to deal heavy damage to a larger enemy, or finish off a smaller one.

Big Shot remains the preferred Limit Break for Barret in most cases even after obtaining Mindblow, which depletes an enemy's MP. Though Mindblow has utility in niche situations, Big Shot is more broadly useful. Big Shot is outclassed by Barret's first level 2 Limit, Grenade Bomb, which not only deals slightly more damage than Big Shot against single targets, but can damage groups of enemies at once. 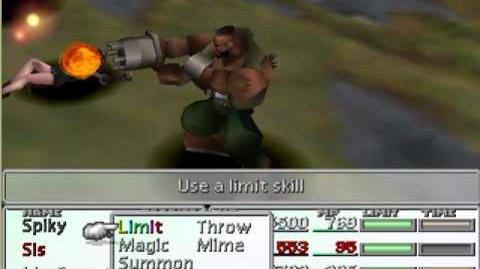