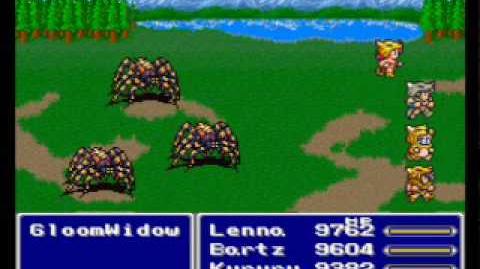 The Berserker job glitch refers to two glitches in the SNES version of Final Fantasy V. The first glitch involves having a party of four Berserkers, which results in the party being completely unable to run away. The second glitch, dubbed the Berserker Chicken Knife glitch, involves having a party of four Berserkers and at least one of them equipped with the Chicken Knife. If the Chicken Knife activates its escape ability during the battle, the game glitches, making any future damage non-existent and the battle unable to end at all.

Both of these glitches were fixed in subsequent releases, starting from the PS version.