Swords, Claws, Axes, Bombs
Benjamin, also known as Zash, is the main protagonist of Final Fantasy Mystic Quest. He is an adventurous but simple-minded boy sent by White to save the world from the Dark King and restore light to the Crystals.

Benjamin's name is never mentioned in-game, as the player chooses their name when beginning the game, and only the North American manual mentions it. In the demo sequences displayed at the title screen the protagonist is named DemoPlay, and in the Japanese manual the character is merely called Protagonist.

Benjamin wears purple plate armor with some gold highlights on his boots and tasset, and a blue round on the breastplate. His shirt and trousers beneath the armor are black. He has blue eyes and brown hair that is swept up into spikes on one side.

Benjamin is a bemused but undaunted young man. He reacts to the news that he is the prophesied Knight with a shrug, and repeats this gesture often throughout his quest, usually in response to his companions or odd helpers. If he doesn't shrug it off, he gets annoyed, as when he learns the Old Man was just "guessing" at his destiny or when Tristam continually calls him "kid". Although he is often puzzled, Benjamin never gives up even when people around him lose hope. Though he is adventurous, he tries to stay grounded in common sense compared to his sometimes-reckless friends.

Benjamin lived in an unnamed village south-east of Foresta. As the game begins an earthquake raises the Hill of Destiny and destroys the village. Benjamin meets an old man who shows him the Focus Tower, and tells him that according to the Prophecy, when the Vile Four seal the doors of the Focus Tower and steal the power of the Crystals, a Knight will appear to fight them and save the world. The old man believes Benjamin to be the Knight, and considers his suspicions confirmed when Benjamin fights off a Behemoth that attacks. The old man vanishes, and Benjamin departs the cliff moments before it collapses into an abyss.

Benjamin travels to Foresta and meets Kaeli, who travels with him to the Level Forest, decaying and withering without the power of the Crystal of Earth. Kaeli is poisoned by a Minotaur, and her mother takes her home while Benjamin continues to the Sand Temple to find an Elixir to cure her. He finds the temple empty, but Tristam appears and offers him Elixir if Benjamin helps him search for treasure in the Bone Dungeon to the north. Benjamin agrees and the two set off. In the depths of the dungeon the two defeat the Flamerus Rex and restore the Crystal of Earth. Tristam however is more concerned with the Dragon Claw he finds in a treasure chest nearby, and departs after giving Benjamin the promised Elixir.

Benjamin cures Kaeli, who tells him she needs to see Spencer in Aquaria, but she is still too weak to travel so Benjamin goes in her place. As he passes through the Focus Tower he finds the old man again, who tells him Captain Mac will be crucial to his quest, and Phoebe can help him. Benjamin finds Phoebe in the Libra Temple on the way to the village, who tells him the ice covering the region can only be removed with Wakewater, which springs in the Life Temple.

This ice is also blocking an underground passage under Aquaria where Spencer is trapped. The two head to Aquaria and retrieve the Libra Crest to warp from the Libra Temple to the Life Temple, where the spring is dried up and the old man gives them the last of the water in a gourd. The water is ineffective, so the two head north to the Ice Pyramid where the Crystal of Water lays. Defeating the Ice Golem within the Pyramid restores the Crystal, and the region is thawed.

Underneath Aquaria, Benjamin meets Spencer, who tells him Captain Mac was studying the prophecy of the Knight, but on his return from his last voyage the lake below dried up, stranding his ship on a rock ledge. Spencer is digging to reach the ship and save him, and in the meantime Benjamin heads to Fireburg. Meeting Reuben, the two head to the Mine to rescue Reuben's father in exchange for Reuben helping Benjamin find the Crystal of Fire. With Reuben's father freed the two head to Lava Dome within a volcano.

Killing the Dualhead Hydra there restores the Crystal of Fire and causes the volcano to erupt. The two head south through the Focus Tower to the Windia region where the last Crystal lays. Reuben is attacked by a Mummy while crossing the bridge to the Alive Forest, and falls onto a rock ledge below, exploring on his own while Tristam accompanies Benjamin to the forest.

Finding passage to Windia blocked by a Giant Tree, the two head to Aquaria where Kaeli is resting after traveling there, hoping she can speak to the tree. Tristam and Spencer head off on a treasure hunt, and in his absence Phoebe tries to expand a tunnel using a bomb. However, she mishandles it and the tunnel partially collapses. Benjamin recruits Kaeli and the two return to the Alive Forest, where the Giant Tree transports them to Windia when they dispatch a Gidrah infesting its insides with monsters.

Hoping the Crystal of Air is there, the two continue on from Windia to Mt. Gale, where a Dullahan tells them Pazuzu is keeping the Crystal in his tower to the north. Dispatching the Dullahan calms the turbulent winds in the region enough for Otto to use his Rainbow Bridge Machine to create a path to the tower. Inside the tower Pazuzu is defeated and the final Crystal shines.

In Windia Benjamin tells Otto they still need to rescue Captain Mac, when Reuben appears and tells them he found another entrance to the Focus Tower when he fell. Using Thunder Rock from Reuben's father, Otto powers up the Rainbow Bridge to reach the other end of Spencer's tunnel, where a well-placed bomb completes the tunnels - water floods down from Aquaria above to refill the dried lake. Mac's ship docks, and when he is rescued Mac tells Benjamin the rest of the prophecy, which foretells that the Dark King is their true enemy in Doom Castle atop the Focus Tower. Using Mac's ship, Benjamin and Phoebe sail to the hidden lower entrance to the Focus Tower and climb into Doom Castle.

In the Dark King's antechamber, they find a statue of Benjamin, and the four Crystals use their power to shatter the barrier to the Dark King's chamber beyond. After a final battle the Dark King is destroyed, and the old man who helped Benjamin appears and reveals his true identity as the fifth Crystal, the Crystal of Light. With the world saved and the Crystals restored, Benjamin bids farewell to his friends and sets sail with Tristam on Mac's ship in search of new adventure.

Benjamin has access to every piece of equipment and spell, with the sole exception of a handful of equipment exclusive to his allies. His level caps at Level 41. The player can cycle through his weapons at any time by pressing

button; this can also be done during battle.

The following is Benjamin's raw stats before weapon and armor modification:

While on a solitary journey, this young lad is caught by catastrophe. Meeting a mysterious old man, he learns of the danger threatening the world and the possibility that there might just be a hero within him...

Benjamin is a playable character and the main representative of Final Fantasy Mystic Quest. He can be available from the start by transferring save data from the second demo into the main game. However, if the player did not select him among their party of four or download the demo, he can later be unlocked by collecting Yellow Crystal Shards.

Benjamin has balanced stats that can be taken advantage of thanks to his equally balanced variety of abilities. Though he favors strength above all else, players can make use of his good magic and agility in both types of music stages, but can further increase his luck with Earth Blues to power up his Limit Break. 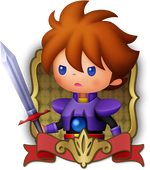 Benjamin is an unlockable playable character. Added via update on August 2nd, 2017, he is obtained by collecting Light Crystal Shards. 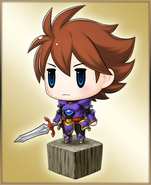 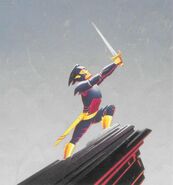 Benjamin looks out towards Focus Tower. 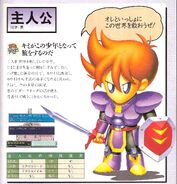 Benjamin before a campfire.

Benjamin faces off against Flamerus Rex. 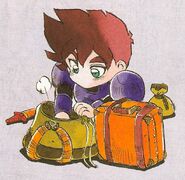 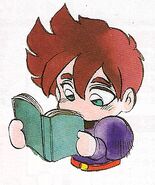 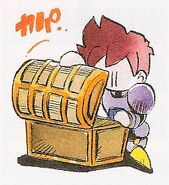 Before the Earth Crystal. 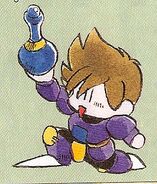 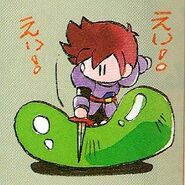 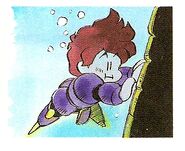 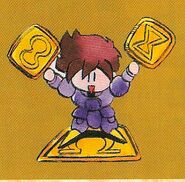 [view · edit · purge]Benjamin was the last-born of Jacob's twelve sons, and the second and last son of Rachel in Jewish, Christian and Islamic tradition. He was the progenitor of the Israelite Tribe of Benjamin.