Belphegor (The 4 Heroes of Light)

Boss
Belphegor is a minor antagonist in Final Fantasy: The 4 Heroes of Light.
See also: Belphegor

Before the events of the game, Belphegor arrived in Arbor, but he was eventually sealed in the roots of the tree, along with the Lux spell. Years later Torte came to Arbor searching for Lux and opened the chest holding it, in the process, Torte broke the seal that trapped Belphegor and set him free. Belphegor traveled to Mount Gulg and planned to set off the volcano. On the mountain he encountered Arbaroc, the guardian of Arbor, Belphegor then planned to use Arbaroc's body as his own. Torte tried to prevent this, but he was knocked out by Belphegor and thus unable to stop the demon from possessing the guardian beast.

Fifteen years later, Brandt and the others travel to the Great Tree and encounter Belphegor, in Arbaroc's body, at the top. The party is forced to fight him and they manage to defeat him. The death of the possessed Arbaroc, apparently along with Belphegor himself, ultimately leaves Arbor without its guardian.

After the party is sent back in time, they meet up with Torte the moment he released Belphegor. After Belphegor is released, the party travels to Mount Gulg in order to stop him from setting off the volcano. At the top of the mountain, the party witnesses Belphegor attempting to possess Arbaroc's body and intervene only after Torte is knocked out.

With Belphegor destroyed, his possession of Arbaroc never occurred and Arbor is at finally at peace. Later, Belphegor is revived within the Star Chamber, but he is defeated once more.

Belphegor is fought twice in the game, once at Mount Gulg and another time in the Star Chamber. Belphegor and the cubes mainly uses fire-elemental attacks.

In Bravely Default, Belphegor appears as a level 80 Nemesis in Norende.

In Bravely Second: End Layer, Belphegor appears as an optional boss fought southeast of Caldisla as part of the Seven Sins sidequest and represents the sin of Sloth. It gives access the Yōkai to the Diabolism spells Sloth and Firaja. 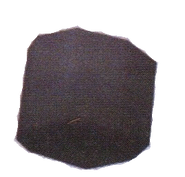