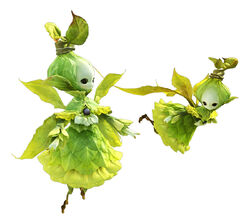 Beastmen refers to a group of races that appear in Final Fantasy XI and Final Fantasy XIV. While monstrous in appearance, Beastmen are categorized separately from standard fiends as they display sentient intelligence and self awareness—often times exhibiting a mix of complex emotions, culture, religion, art, philosophy, technology, and an understanding of science.

Compared to the fiends that roam Vana'diel, Beastmen display self-awareness and intelligence. At varying degrees throughout the different Beastmen races they possess and exhibit emotions, culture, social structure, religion, art, philosophy, technology, and an understanding of science. At times their intellect and accomplishments, such as grand architecture, rival that of the five Enlightened Races.

While most Beastmen are in continuous conflict with the five Races, there are several exceptions. Goblins and Qiqirn are accepted into many major cities, often as an underclass used for trade and low level jobs, while the Yagudo have a peace treaty with the Federation of Windurst, their neighboring city.

When viewed impartially, the wars and discrimination that rages between the Beastmen and Enlightened Races can be seen as triggered by misunderstandings, unwillingness to compromise, ignorance and age-old racism from both sides.

Eorzea is home to myriad unique races. Among them are the tribes of the beastmen, who are responsible for calling down the god-like beings known as primals.

The term beast tribe, or beastmen, is a term that was used by Eorzeans to refer to races that differed from those descended from the wandering tribes that would later make up Eorzea's playable races. Its spread is mostly attributed to Ul'dahn and Garlean interests, and can be seen as an earmarking for extermination, though commonly saw use in other areas of Eorzea due to ignorance or misunderstanding. While their physiology is much different from the playable races, they are mostly still categorized as Spoken by Eorzean naturalists.

The designation is only commonly used in Eorzea and Ilsabard. In Othard it is only used by the invading Garleans, and in Norvrandt the term is completely absent. Peoples from these lands that may be referred to as beast tribes elsewhere are largely treated as equals. Recent efforts have also been made in Eorzea to phase out its use in the interest of reconciliation with the peoples in question.

Races referred to as beast tribes[] 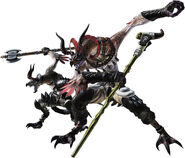 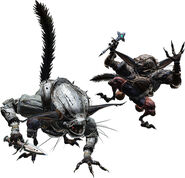 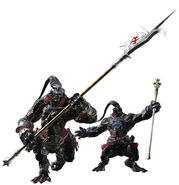 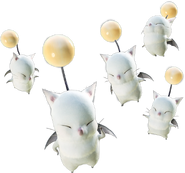