Trainers whose open hearts and strong wills allow them to capture and control enemy monsters.

The Beastmaster, also known as Trainer or Mediator, is a job in Final Fantasy V obtained after the Fire Crystal shatters. Beastmasters focus on catching and releasing enemies from a gourd in battles for various one-time use abilities, as well as using the Control command to make enemies in battle fight for them.

Beastmasters' Catch ability is their main command ability, allowing them to catch an enemy and release it for immense damage or other unique effects. Beastmaster is the only job, aside from the Freelancer, that can equip whips. This allows the Beastmaster to attack from the back row for full damage and gives them the added benefit of either paralyzing the enemy or casting a spell on them. For the most part, the Beastmaster job's main prize is the Control ability.

Mastering the Beastmaster for all four characters in the now defunct mobile and Steam versions earns the achievement "Catch and Release".

The Beastmaster dresses in wool and some even don the ram's horns. Bartz, Galuf, and Krile have the same costume, although Krile's is more covered. Faris wears earmuffs and has a tail and Lenna has a headdress and a puffy collar. Galuf's costume was also given a tail in the now defunct mobile/Steam release.

Beastmasters have a mostly unremarkable set of stats. Their Strength, determining their physical damage, is their best stat, but is still below that of other fighter jobs. They also have a small Stamina boost, but well below that offered by other jobs.

Mastering the Beastmaster job provides Freelancers and Mimes their Strength and Stamina modifiers if they have not be superseded by another job.

Beastmasters mainly equip light armor and their signature whip weapons. They can equip whips, knives, combat hats, light armor, and armlets. Whips allow Beastmasters to attack from the back row, making up for their low Defense from their inability to equip heavier armor. They also can inflict various effects on enemies, including paralyzing them or casting bonus spells, making whips very potent and unique weapons. In the Pixel Remaster, they also deal double damage on flying enemies. Whips deal damage based on Strength and Agility, but due to a bug, Agility will only add 0 or 1 to the damage modifier.

The ultimate whip is Dragon's Whisker, dropped by Stingray; it always deals a critical hit upon dragons.

The Beastmaster's unique accessory is Kornago Gourd, obtained in Quelb by giving an old man 10,000 gil and a Kornago. The accessory reduces requirement of using Catch from having to reduce enemy's HP to 12.5% to 50%.

Krile as a Beastmaster capturing a King Behemoth and releasing it to attack the enemy party.

The Beastmaster's innate command ability is Catch, which lets the player capture an enemy during battle, provided the enemy has less than 1/8 of their total HP remaining. The Kornago Gourd changes this to 1/2 HP. If the player wants a particular monster, one can try Gravity or the Blue Magic spell Missile, as both reduce the health of the enemy without killing it, allowing the character to catch it more easily.

Once an enemy is caught, the Catch ability becomes Release. This allows the Beastmasters to release the monster they have captured. Most releases will perform a Strong Attack, dealing heavy physical damage, but some monsters have powerful unique effects.

Beastmasters learn the Calm ability. This is a simple ability that inflicts the Stop effect on an enemy that is not a human or mechanic enemy.[note 1]

Beastmasters also learn the Control ability, which is not innate to them. It allows them to control a monster, allowing the Beastmaster to use a list of abilities unique to each monster. Usually, the first one is Attack and beneath it are between one and three other commands. An enemy with the Controlled status has its sprite flipped horizontally so they face the other direction. When Controlled, the controller cannot attack; instead, when it is their turn, the enemy under control moves instead. If the enemy is under Berserk or Confuse, or is already being Controlled, the status will miss. The status stays until the controlled enemy is either killed or hit with a physical attack, or until the controller dies or gets inflicted with certain negative statuses, such as Sleep or Petrify. 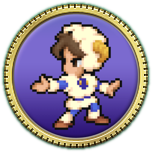 [view · edit · purge]A mediator is a person who engages in mediation.