Baren Falls is a location in Final Fantasy VI that only appears in the World of Balance. It is situated north of the Veldt and south-west of Doma Castle and Imperial Camp. The party automatically gets healed when they jump off the cliff.

Like several locations in the Doma region, the falls are nowhere to be found in the World of Ruin. This is probably because the Serpent Trench is no longer accessible as it has been raised above ground. The falls may still exist, as a scene during the credits shows children looking over a cliff identical to the falls.

Sabin, Shadow, and Cyan arrive here looking to flee from Doma and the Gestahlian Empire. Shadow, unwilling to leap down the falls, leaves them to continue alone. Sabin and Cyan jump down the falls, fighting monsters on the way. When they wash up on the Veldt, they are saved by a wild boy named Gau.

Jump down the falls[]

When the falls are first visited in Sabin's scenario, he and Cyan elect to jump down the falls to reach the Veldt and Mobliz to flee the Empire. When the player approaches the edge of the falls and initiates the scene, Shadow will leave the party if he is still around; unequip him before doing this. Facing the falls again prompts them to jump.

During the decent Opinicus Fish will spawn in waves of two or three, and another wave appears when they are all defeated. After a minute has passed the boss Rhizopas appears. The amount of Opinicus Fish killed does not matter in spawning the Rhizopas, it will appear as the next wave after enough time has passed. For this reason it is most efficient to leave one Opinicus Fish alive and use the time to heal the party and keep them healed, as the Rhizopas has many powerful magic attacks. When the Rhizopas is defeated the sequence ends and Sabin and Cyan arrive on the Veldt.

This will only occur on the first visit to the falls, on subsequent visits the party immediately washes up on the Veldt.

South-west of Baren Falls and directly east of the Veldt is a location known as "the Bomb Forest", as Bombs appear here as well as the Grenade, a unique enemy otherwise found nowhere else in the game. The forest can only be reached via airship, so if the player wishes to complete their bestiary or acquire the Grenade as a Rage for Gau, they must be sure to visit the forest before the World of Balance is destroyed.

Mog could learn the Water Harmony dance when fighting in the waterfall, but he cannot be recruited before the event. 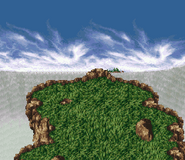 Cliffside of the falls (SNES). 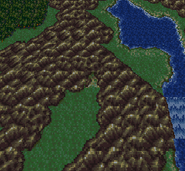 Sabin jumps into the falls (2014 mobile/Steam). 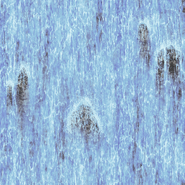