Deal damage equal to difference between caster's current and max HP to all foes in range.

Balance (バランス, Baransu?) is a recurring ability in the series.

Balance is a Time Magicks spell. The spell can also be performed via the Balance Mote item. The spell is used by the Feral Retriever against the party.

It costs 18 MP and has an accuracy of 70%, and will deal non-elemental damage to all targets in range equal to the difference in the user's Max HP and current HP, and is affected by the Warmage passive. In the Zodiac versions, it instead has a 100% accuracy and a larger radius, being Circle 8 instead of Circle 6.

In the original version Balance requires the Time Magick 4 license, which costs 35 LP to unlock. The spell can be bought from Yugri's Magicks in Rabanastre, or from the moogle merchant in Eruyt Village for 1,500 gil. Vossler has the spell as a guest, which he will use when he has critical HP, and also uses it in the Final Fantasy XII manga in a scene not seen in the game. Because there is an invisible Break HP Limit (HP can exceed 9,999 with Bubble even if that is the highest value displayed on screen) Balance is one of the few attacks in the game that can break the damage limit.

In the Zodiac versions, Balance is a Time Magick 3 License that costs 40 LP and available for two the Red Battlemage and Time Battlemage jobs. The spell can be found in a chest in the Nam-Yensa Sandsea's Demesne of Sandqueen. Vossler no longer has it when he joins as a guest, but Larsa will have it if the player has no time magicks at all by the time he joins as a guest.

Balance can still do damage when certain enemies put up a paling (e.g. Trickster and The Undying). 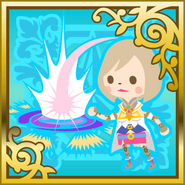 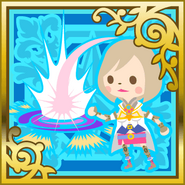 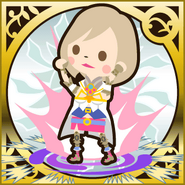 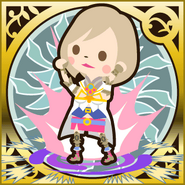