Bahamut is a large, black dragon with enormous red wings. He can stand or move in either a bipedal or quadrupedal fashion.

The symbol for Bahamut and Bevelle is annotated with the kanji for light (光, hikari?).

In his fayth form of a young boy, he acts as Tidus's guide in Spira. He is the one who reveals the truth about Tidus and his hometown's origins and that Tidus was brought to Spira to defeat Sin for good. Only Tidus and Yuna can see him.

Due to Shuyin's grief and hatred for Spira, Dark Bahamut is brought to life and attacks the Gullwings when they discover the empty chamber that used to house Vegnagun. His appearance comes as quite a shock to Yuna, as she is faced with one of her beloved aeons that helped defeat Sin. She even attempts to talk to Bahamut before being forced to fight for her life.

Bahamut was not truly destroyed, however. His fayth appeared in the Farplane Abyss after the Gullwings defeat Dark Anima and tells Yuna why he and the other fayth did it. They weren't strong enough to overcome the darkness. After Vegnagun and Shuyin's defeat, Bahamut appears again before Yuna in his fayth form at the Farplane Glen. During this meeting, Bahamut gives Yuna the option to resurrect Tidus. If the player has completed certain tasks, and chooses Yes, then Bahamut and the other fayth will grant Yuna's wish.

Bahamut is obtained after completing the Cloister of Trials in Bevelle Temple. 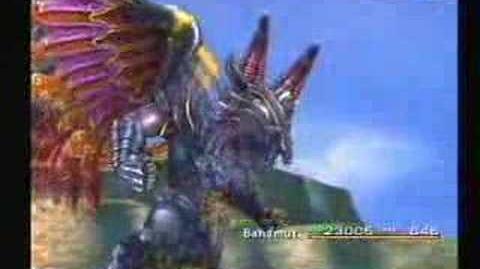 Bahamut is the most powerful storyline aeon, as well as one of the few that can exceed the 9,999 damage limit from the start. Bahamut's special attack is Impulse, a non-elemental attack which causes moderate damage to all enemies, and his Overdrive is Mega Flare. His victory pose is to cross his arms.

In the International, PAL, and HD Remaster versions, Dark Bahamut will be fought if the party revisits the Chamber of the Fayth where Yunalesca was fought at Zanarkand.

Bahamut is encountered several times in the story, along with other aeons. Bahamut is the only aeon with a different battle theme, and also the only aeon not fought in either Chapters 3 or 5.

Writer Kazushige Nojima wanted to make Spira stand out as different within the Final Fantasy series, and initially wanted to rename Bahamut.[1]

One of the character development system proposals for Final Fantasy X was a "tattoo system" where characters would have a 100x100 grid, and upon level up could place "tattoos" down to boost stats and learn abilities. Different tattoos would confer what abilities the bearer could use. Yuna would have obtained the Bahamut tattoo on her back (and thus her kimono leaves her back bare).[2]

Bahamut appears as a summon that casts Aura on the user, which repeatedly increases their Bravery points over a certain period of time.

Bahamut appears in two forms automatic and manual, the Final Fantasy X is the automatic one. This summons it immediately when the summoner's Brave becomes lower than half of their original Bravery base, increasing their BP by periods of 20 and showing its Final Fantasy X artwork, Bahamut's auto version is obtained in the third stage of the Destiny Odyssey VIII storyline.

Yuna can summon Bahamut to perform either Impulse or Mega Flare.

Bahamut is a summonstone, with the same function as in Dissidia. His auto version is found in Chapter Ten: Champions of her Will of Scenario 013.

While not physically, appearing Yuna can summon Bahamut's Glyph to use Impulse.

Bahamut appears as both a boss and summon. 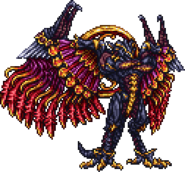 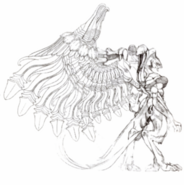 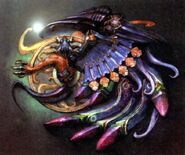 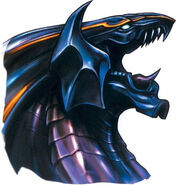 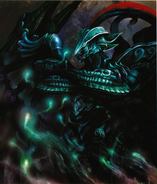