Ayame is a character from Final Fantasy XI. She is a member of the Bastokan elite guard known as the Mythril Musketeers, and is ranked number 4 among them. After undergoing training in Norg as a Samurai, she met with and was moved by Chief Cid's passion to serve Bastok and decided to be a Musketeer.

As Mythril Musketeer, Ayame spends her time investigating issues both in and outside of the Republic, as well as trying to improve relations with outlying nations through bilateral negotiations. Apart from Ayame, her family also has strong relations with Norg—both her father Ensetsu and her sister Kaede are involved in the quests required to acquire the Samurai and Ninja jobs.

She was one of the challengers in the Rose Quartet during the 2006 Vanafesta in Japan, the others being Shantotto, Prishe, and Lady Curilla.

An alter ego of Ayame is available to adventurers as an ally summonable through Trust Magic.

Refining one's technique requires one to be their own harshest critic.

Ayame is available to everyone as a Trust Magic. The Adventurer must speak to her in Bastok Metalworks after completing the Bastok Trust initiation quest. Her job is Samurai. She wields a great katana and uses great katana weapon skills. She will attempt to use her weapon skills to open skillchains for the Adventurer.

Ayame appears as a Legend and uses the abilities Tachi: Yukikaze and Moonlight when summoned. 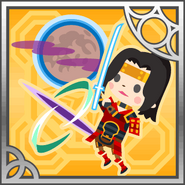 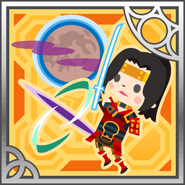 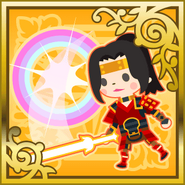 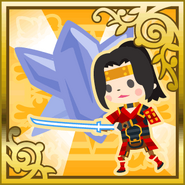 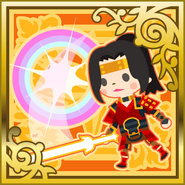 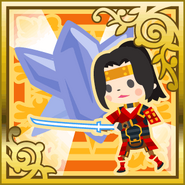 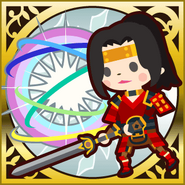 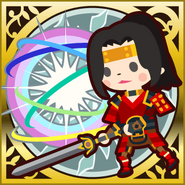 Ayame is a playable character who could initially be recruited during the Challenge Event Women of the World as a First Time Reward for completing the event's Batallia Downs stage on Classic difficulty.

Ayame as she appears in battle. 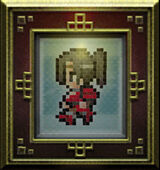 Ayame depicted in the "Stoic Board" furnishing.

[view · edit · purge]Ayame is a Japanese female given name. It means Iris.