Seventh Heaven, Sector 7 Slums, Midgar (second incarnation)
Avalanche[note 1] is an organization in the Final Fantasy VII universe. It is an eco-terrorist insurgent group seeking to save the planet from the misuse of mako energy and opposing the actions of the Shinra Electric Power Company. Members of the first Avalanche group are the main antagonists of Before Crisis -Final Fantasy VII-, while the second is a group the main heroes of Final Fantasy VII belong to in the beginning of the game. Avalanche fights two separate wars: the insurgency against Shinra, lasting from εγλ 0001 to εγλ 0007, and the Jenova War against Sephiroth between December εγλ 0007 and 21 January εγλ 0008.

A group of planetologists working to protect the planet. As the organization grew, smaller cells began to splinter off. To distinguish themselves among the growing factions, it took the appelation "HQ". Despite the many groups' different approaches and ideologies, they still occasionally work together for their one shared purpose: the destruction of Shinra.

The ideology of both organizations of Avalanche derives from the Cosmo Canyon-based teachings that argue that the planet is a living organism with all living creatures being part of it, all life deriving from the lifestream. They believe Shinra's actions are harmful and that continued harvest of mako energy will destroy the world. By sucking out the lifestream, the planet is being eaten away until the world will be incapable of sustaining life. To this end, they believe Shinra must be stopped by force.

Being unable to confront the Shinra Army directly, the first incarnation of Avalanche fights an asymmetric war where their main opponent is the Turks, Shinra's intelligence agency that engages in reconnaissance and espionage, or even black ops, including kidnappings and assassinations, on behalf of the corporation. Avalanche's main tactic is to take out specific targets (such as the Mt. Corel reactor) in hit-and-run operations, and have no ambitions of capturing territory. The first incarnation of Avalanche shuns no means of achieving their goals, eventually seeking a total genocide of mankind for environmental reasons, leading to causing civilian losses becoming a strategy in itself.

The second Avalanche is far less ruthless, and sees civilian casualties as an inevitable yet unfortunate consequence of their struggle, and its members usually explain it away when confronted. The second incarnation of Avalanche fights Shinra by staging terrorist attacks against the company's mako reactors in the city of Midgar by forging ID cards to board the trains that stop at the reactors, then infiltrating the facility and setting a bomb near the core. Anti-Shinra graffiti and posters on the streets of Midgar attributed to Avalanche might be the organization's propagandizing to garner public support for their actions.

Though the timeline of Before Crisis overlaps with that of Crisis Core -Final Fantasy VII-, Avalanche receives only a single mention in the other spin-off, in Mission 1-4-3 when they steal a shipment of experimental new Shinra weapons.

In Final Fantasy VII Remake, Avalanche has been reworked into a far more modern version of a terrorist/covert organization, fragmented into small independent cells: Barret's cell is shunned by their central command and labeled "too extreme," despite another cell "running around in mil-spec gear." One of these cells is rumored to have allied with Wutai for support in exchange for all the materia they can provide in return, fueling further paranoia among Midgar's populace, which Shinra spurns to their advantage. There is an Avalanche HQ that maintains contact with all cells, including Barret's, and coordinates collaboration between them.

Groups which have splintered off from Avalanche HQ. The Midgar cell, led by Barret, harbored misgivings about HQ's policies and decided to defect. Since going rogue, Barret and the others employ extreme, if not altogether dangerous, methods to save the planet from Shinra.

Avalanche was founded in Cosmo Canyon by a man who learned of the Study of Planet Life and realized the harm Shinra Company's mako reactors would have on the planet. The movement became to be led by Elfe with support from a scientist named Fuhito.

Avalanche confronts the Shinra army and the Turks all across the world, but are unable to gain any decisive victories. Eventually, Avalanche's support figures and leaders depart the organization for various reasons, leaving only Fuhito. Under his command, the group disintegrates from within, and in a last ditch effort, Fuhito summons Zirconiade, an ultimate summon monster, to eradicate all life on the planet. He is killed by the Turks, and what remains of this Avalanche group collapses.

Barret Wallace met a former member of Avalanche in Cosmo Canyon and learned of the movement's goals before Fuhito took it over. Barret was inspired to form a second incarnation of Avalanche to stop the use of mako energy and help the people of the Midgar slums. The second Avalanche has only a handful of members, and is less ruthless. In Final Fantasy VII Remake, Midgar has various factions calling themselves Avalanche united by a coordinating HQ, Barret's group being seen as more extreme than the others and thus being shunned (though still considered part of the network and allied to other cells, allowing members of Barret's cell to occasionally receive help, intel or rescue from other Avalanche members). They at first remain oblivious that Shinra is allowing their acts of terrorism to gain public support from a scared populace to fuel more wars.

After Barret's group bombs Mako Reactors 1 and 5, Shinra separates the pillar supporting the Sector 7 plate, destroying both the undercity slums and the topside area to wipe out Barret's organization and put the blame on Avalanche for the attack. The surviving members continue to fight Shinra to protect the planet, and the rebel movement can be said to live on in Cloud Strife's party, although the group is rarely referred to as "Avalanche" following their departure from Midgar. When visiting Cosmo Canyon, Barret proclaims the rebirth of Avalanche, which would focus on stopping Sephiroth, a rogue former SOLDIER member seeking godhood as revenge on the world. They try to prevent Shinra from obtaining the Huge Materia, colossal materia pieces that crystallize at the reactor cores, leading to confrontations with the conglomerate's forces at Mt. Corel and Fort Condor. When the Weapons—ancient creatures created by the planet itself as its guardians—awake, Avalanche is forced to deal with them as well.

Avalanche emerges victorious from the Jenova War, and with Sephiroth felled, the Shinra Company fallen apart and Midgar ravaged in the Meteorfall, it presumably disbands as an organization. The former members keep in touch and the memory of Avalanche's struggles may be symbolized along with the memory of Aerith's death by the pink ribbon worn around the arms of the party.

Two years after the Jenova War, Avalanche briefly reunites to deal with the remnants of Sephiroth, a trio of physical manifestations of him (whose influence remains in the lifestream), unknowingly seeking to resurrect him.

Three types of Avalanche soldiers are fought in Before Crisis -Final Fantasy VII-: the AVALANCHE (Gun), AVALANCHE (Grapple) and AVALANCHE (Magic). The Ravens is a squad of genetically engineered super soldiers created under the supervision of Fuhito, but even if they are part of Avalanche, they are little more than zombies to Fuhito's will.

In the original Final Fantasy VII, during the visit to Cosmo Canyon, Barret mentions he had promised the Avalanche members working under him (Jessie, Biggs, and Wedge) they would go there to celebrate one day. The original script for Final Fantasy VII included a scene where Barret and the other members of Avalanche would talk about going to Cosmo Canyon, but this scene was cut from the game's final version.[1]

The original Avalanche symbol of skull and bones resembles the pirate flag Jolly Rogers. Although the traditional skull and crossbones pirate flag prevalent in popular culture is usually depicted as black, many historians agree the original pirate flag was red: red flags were common in naval warfare to signal that no quarter would be given. The red flag was called Joli Rouge (pretty red) by the French, and may have been corrupted into English as Jolly Roger. In Final Fantasy Remake, the organization uses a different symbol: white text on black background, stylized like graffiti.

In Final Fantasy VII Remake, Barret reminisces to Cloud about three unseen Avalanche colleagues in his resolution scene: Finn, the artist for the Stamp graffiti around Midgar; Al, a flirty intel operative; and Nellie, the group's quartermaster, who was close with Jessie. Barret tells Cloud that he should meet them eventually.

When the original Final Fantasy VII came out, the development team was young and did not give much consideration to the ethics of destroying mako reactors to save the planet. With the Remake, because of real world events, the developers saw it as their responsibility to show more nuance to the conflict. The angle that Shinra was using Barret's group to their own ends was added to soften the image of the player carrying out the terrorism.[2]

AVALANCHE in Before Crisis.

AVALANCHE massacred by Sephiroth in Before Crisis. 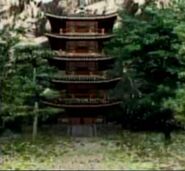 AVALANCHE base (Before Crisis).

[view · edit · purge]An avalanche is a rapid flow of snow down a sloping surface. Avalanches are typically triggered in a starting zone from a mechanical failure in the snowpack when the forces on the snow exceed its strength but sometimes only with gradually widening.