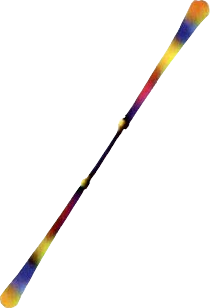 Aurora Rod is a weapon for Aeris that provides 51 Attack, 110 Atk%, 14 Magic, one unlinked and two linked materia slots with normal growth. It can be bought for 5,800 gil at Wutai.

A rod with strong magic attack.

The Aurora Rod appears as a 2-handed rod within the Forsaken Dungeon. It provides 73 Weapon Atk, 9 Durability, +3 Magic Atk, +3 Magic Def, -2 Speed, and -2 Consumption Rate. Only Clair Andrews can equip this weapon.

Aurora Rod is a staff that can be equipped by Yui. 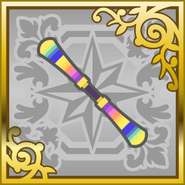 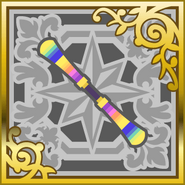 [view · edit · purge]An aurora, sometimes referred to as a polar light, is a natural light display in the sky, predominantly seen in the high latitude (Arctic and Antarctic) regions.