Asylum is a recurring White Mage ability in the series.

Asylum is a White Mage action unlocked after completing the "A Journey of Purification" level 52 job quest. The ability creates a large area-of-effect regen field, which any party member who enters will be healed with a cure potency of 100. The ability has a range of 30y and a radius of 7y. The ability is instantly cast but has a 90 second recast time.

Due to the action being categorized as an ability, Asylum does not receive an increase in cure potency with the White Mage's Divine Seal or Eos' Fey Illumination, which only affect healing spells. In addition, it is susceptible to lower healing potency, should the caster be under the effect of Cleric Stance.

Asylum is a Burst Soul Break to Y'shtola learned through the Healer's Circlet (XIV). When used in battle it restores a large amount of HP to the party, grants them a barrier that protects from damage up to 30% of each ally's HP and grants Haste and burst mode to the user. Asylum requires one Soul Gauge to cast and requires 30,000 AP to master.

Asylum changes the Attack and Defend commands to Tetragrammaton and Medica commands respectively:

Both commands Tetragrammaton and Medica are classified as White Magic. 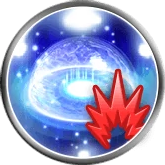 This gallery is incomplete and requires Final Fantasy XI added. You can help the Final Fantasy Wiki by uploading images.
White Magic
Retrieved from "https://finalfantasy.fandom.com/wiki/Asylum?oldid=3245372"
Community content is available under CC-BY-SA unless otherwise noted.