Asura is an earth-elemental Eidolon that appears in Final Fantasy Dimensions II. Her signet can be obtained for Jornee as a first-time completion reward for completing Jornee's thirteenth character episode, "As Princess".

If obtained the moment it becomes available at the beginning of the "Eureka" arc, Asura's signet will provide Jornee with decent HP, MP, and magic boosts. The signet's Queen's Favor abilities heals the MP of the entire party, making it useful in battlefields with multiple rounds to progress through. Her summon attack, Asura's Boon, is excellent for support due to its ability to restore HP, cast Raise, and grant Protect to the entire party. The signet's passive of lowering the physical damage Jornee equips by 13%, while not needed a majority of the time, is still helpful in certain situations to lower the physical damage taken by Jornee.

Due to Jornee's lower health pool and the account that the signet is not Jornee's strongest, Asura's signet is best left for Mootie to equip more than Jornee when tackling certain end-game content. This is due to the fact Mootie does not take damage from enemies, and should the player at least have one party member alive, they have the opportunity for Mootie to revive, heal, and buff the entire party.

Asura is based on the recurring summon that first appeared in Final Fantasy IV. Similar to her original appearance, she is depicted as a multi-headed woman wielding multiple swords. According to her description from the original free-to-play versions, she was once the queen of Eidola at the time of the world's creation. All of her artworks represent Asura with a different head taking the lead; her first form depicts her with her default pale Curaga-face, the second with her angered Protect-face, and her final form depicting her happy Raise-face. All of these artworks allude to her summon mechanics in Final Fantasy IV.

Asura's summon ability is Asura's Boon, which heals the entire party, revives all fallen party members, and softens the damage taken by the party. Summoning Asura costs 3 bars from the Summon Gauge.

The following are the abilities Jornee can learn from Asura:

In the original free-to-play versions of the game, Asura's signet premiered during the game's time as Final Fantasy Legends: Toki no Suishō. It could be obtained through the game's summon draw shop. It taught the same abilities as in the premium release. 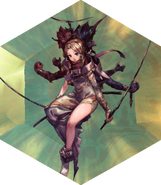 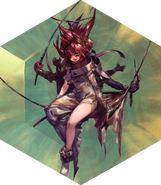 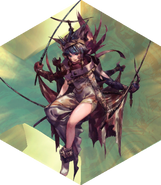 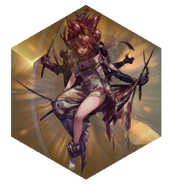 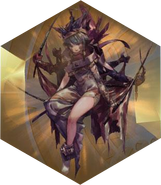