Average base attack, high base base HP, low base magick, average base MP
See stats

A learned augur who uses Astrology to manipulate fate and sway the course of battle.

Astrologer, also known as Astrologist, is a special job from Final Fantasy Tactics. Orran's job is just like the Squire, except he can equip dictionaries and has one extra ability, Celestial Stasis, an ability exclusive for this job. Astrologer takes 1,470 JP to master.

Astrologer job command. Halts the movement of the constellations.

The success rate for Celestial Stasis is as follows:

The formula for damage-inflicting skills is as follows: 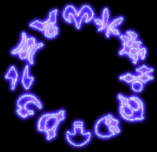 A better view of the 12 symbols.

[view · edit · purge]An astrologer practices one or more forms of astrology. Typically an astrologer draws a horoscope for the time of an event, such as a person's birth, and interprets celestial points and their placements at the time of the event to better understand someone, determine the auspiciousness of an undertaking's beginning, etc.