Artnia is a merchandising store and café in the Shinjuku district of Tokyo.

Located outside of Square Enix's Shinjuku headquarters, near the Higashi-Shinjuku Subway Station, Artnia is the official store of Square Enix, replacing the original Square Enix Store, and specializes in merchandise and themed-foods based on some of the company's more prestigious videogame franchises.

The "Fancy Area" is an area within the café devoted to official Square Enix merchandise for visitors' purchase. Containing merchandise from Dragon Quest, Final Fantasy and Kingdom Hearts, the items on sale range from games and soundtracks to collectible dolls and keychains.

The café and bar area takes up the majority of the café, with a reception bar and seating area with tables and chairs where customers can enjoy Final Fantasy-themed foods and drinks. 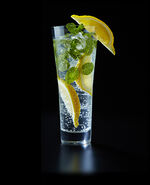 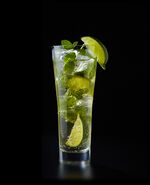 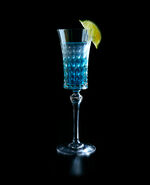 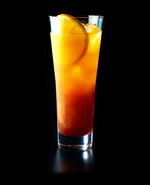 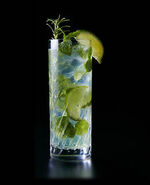 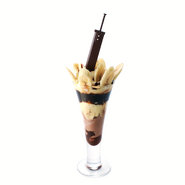 Behind the café and bar is a small museum, designed entirely in black granite, called the "Luxury Area". Containing various glass display windows and pedestals, the museum showcases the latest high-end merchandise developed by Square Enix, ranging from jewelry and replicas from the companies various franchises, to articulated statues, cologne and artworks developed by the company's subsidiary branches.

Within the center of the museum is a fountain containing a red crystal suspended within a waterfall. The waterfall falls into a pedestal holding a collection of Materia orbs of various colors.

[view · edit · purge]Artnia comes from the words "art", "area", and "near". It designates the store concept of "an area that serves a bridge between our goods and our customers."