Artefacts (オーパーツ, Ōpātsu?, lit. OOPArts) and Wild Artefacts are elements of story and gameplay in Final Fantasy XIII-2. They allow use of Time Gates, portals to the Historia Crux where they unlock new locations.

Time Gates appear whenever there is a distortion in time, but each gate can only be accessed with a specific artefact. Each artefact is indicated by an objective marker on the map, as each is required to advance the story.

Wild Artefacts almost always unlock gates leading to optional locations, and therefore must be searched out by the player.

Since artefacts are not supposed to exist, due to being formed when two timelines collide, they can only be uncovered by use of the Moogle Hunt and Moogle Throw commands.

Artefacts are the keys that activate Time Gates. These objects can appear in any form, and are only identified as 'things that shouldn't exist' or 'items from another time,' making the search for an artefact a difficult task.

Artefacts are strongly tied to their possessors, and are also said to take on completely different shapes depending on the person who handles them.

The description of each artefact foreshadows the events of the time period that it unlocks.

A pre-release screenshot shows an item obtained in the Yaschas Massif known as a Bountiful Artefact. The item is renamed to Mysterious Artefact in the final game.

Serah with an Artifact.

Another artifact found in Oerba. 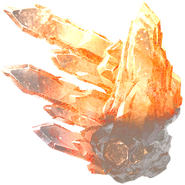 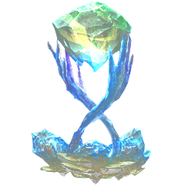 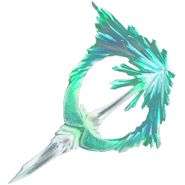 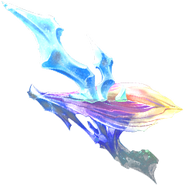 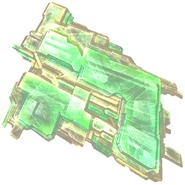 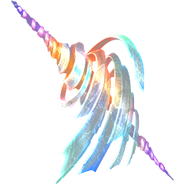 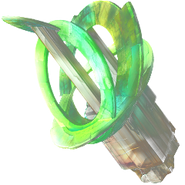 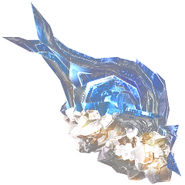 Artefact of the Ark. 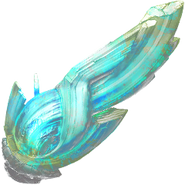 The collective image of all important artefacts.

The Artefact's Japanese name is OOPart, out-of-place artifact, which refers to an object of historical, archaeological, or paleontological interest found in an unusual or seemingly impossible context that could challenge conventional historical chronology.

The spelling of the word "artefact" with an e instead of an i is unusual for US English spelling. It is common for other regions, such as UK English. This may have been deliberate, to highlight the out-of-place nature of the artefacts.