Ark is a light-elemental Eidolon that appears in Final Fantasy Dimensions II. There are two versions of Ark available in the game; Jornee's version, which teaches Aura abilities, and a stronger version available to Aemo, which teaches her Blasty abilities. Jornee's Ark signet can be obtained by completing her third character episode "Flat Flowers", while Aemo's version can be purchased from the Mog Shop for 10,000 gil at the start of the game's Eureka arc.

If players are able to obtain Jornee's version of Ark the moment it becomes available, Jornee will receive a decent boost in magic and speed. Ark's Aura abilities allow Jornee to buff the party's attack and magic. As the player progresses through the game, Jornee's Ark signet is easily outclassed.

Aemo's version of Ark is an excellent summon to obtain at the start of the Eureka arc, providing Aemo with balanced stats and high attack power. The Blasty ability taught from the signet is Aemo's strongest multi-target physical attack, causing her to randomly attack six times at the enemies once the signet is fully evolved. Aemo's version of Ark serves as a useful signet for the entire Eureka arc, however it becomes outclassed by the signets available in the post game.

Ark is based on the recurring summon that first appeared in Final Fantasy IX, appearing as a massive mecha with an arsenal of explosive weaponry. Both versions of Ark take influences from the machine's appearance through the series, sharing the common element of the mecha's cannon emerging from its right shoulder. The summon's design serves as a reference to the SPEX-07 mecha from the 1986 Square RPG, Cruise Chaser Blassty.

Jornee's version of Ark's design is based on the Eidolon's original mecha design from Final Fantasy IX.

Aemo's version of Ark takes subtle elements from the design of the Cruise Chaser raid boss from Final Fantasy XIV, which is based on the Ark summon. In addition, Aemo is able to learn the boss's Blasty ability.

The following are the abilities Jornee can learn from her version of Ark:

Aemo's version of Ark's special attack is Spring of Speed, which increases the party's speed for five turns and hastens their next action. Summoning Ark costs 2 bars from the Summon Gauge.

The following are the abilities Aemo can learn from her version of Ark:

In the original free-to-play versions there were two variations of the Ark signet that would become exclusive to Jornee, a version that taught Aura abilities and a second version that taught Shock abilities. It was an A rank signet and could be equipped by any party member.

Aemo's version of Ark was originally a god-tier light summon that could only be obtained through the game's summon draw shop. It allowed the wielder to use the same abilities as in the premium release and required god stones to evolve. It was an SS+ rank summon and could be equipped by any party member. 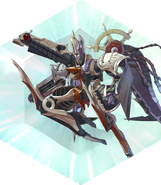 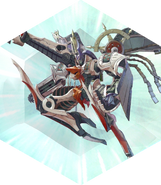 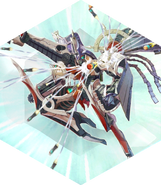 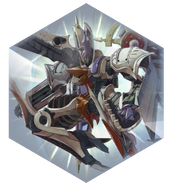 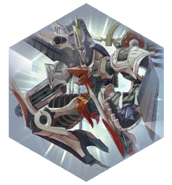 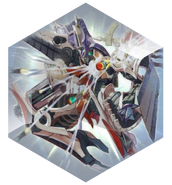 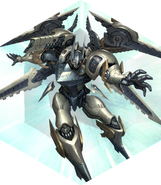 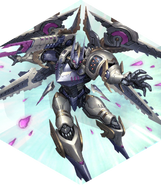 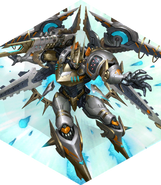