The Arachne is an earth-elemental Eidolon that appears in Final Fantasy Dimensions II. Her signet can be obtained for Wrieg as a first-time completion reward for the "Medal of Honor" side quest in the Middle Ages.

If obtained during Chapter 1-3, the signet will provide Wrieg with a balanced boost in all his stats. The signet's Stone Breath abilities are helpful during the opening portions of the game, allowing Wrieg to deal earth magic damage to all enemies. However due to the signet lacking a passive ability, it is best for the player to abandon the signet after learning Stone Breath II at its second rank, and replacing it as new signets become available for Wrieg.

The Arachne is based on the recurring enemy in the series. Like other entries, she is a giant spider-like creature with the torso of a beautiful woman. The default signet's artwork depicts her with a color palette based on the Arachne enemy from Final Fantasy IV. Her final form depicts her with diamond adorned jewelry, while the color of her gloves change to a light-blue color. All signet artworks depict the Arachne with a single spider string in her mouth.

The Arachne’s special attack is the Grasping Mist shared summon attack, which lowers the speed of all enemies for five turns and inflict delay for a single turn. Summoning the Arachne costs 2 bars from the Summon Gauge.

The following are the abilities Wrieg can learn from the Arachne:

In the original Japanese free-to-play version of Final Fantasy Legends II, the Arachne was a earth-elemental god-tier summon. The summon's signet taught the Silk Spray (シルクスプレー, Shiruku Supurē?) abilities. The Arachne's signet could only be obtained through the game's summon draw shop and was a rank SS+ signet.

In all releases of the premium version, the Arachne's signet artwork was changed to make her breast area less revealing and added more covering to the beginning portion of her crotch area. 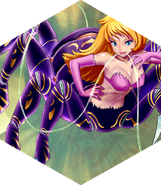 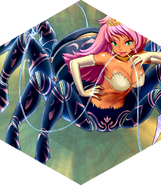 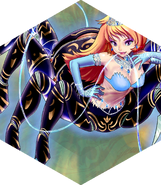 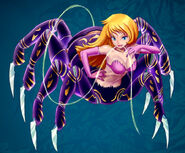 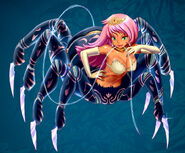 [view · edit · purge]Arachne is the name of a mythological Greek weaver who boasted she had skills surpassing that of Athena, the goddess of weaving. For this hubris, Athena transformed her and her descendants into spiders.