Aquastrike is part of Ravager ability that deals water-elemental physical attack against a target foe. It has an ATB cost of 1 and an Attack Power of 1.2. It is learned by Lightning (Crystarium Stage 2), Snow (Stage 5), and Fang (Stage 7).

Aquastrike has been dummied Ravager ability that inflicts water-attribute physical damage. It has an ATB cost of 1 and a modifier of 1.05.

Aquastrike is a special ability exclusively learned by Snow*(Currently, a Japan-exclusive unit) (level 4, 4★), and allows the user to deal water physical damage (1.5x) to a single enemy, at the cost of MP. 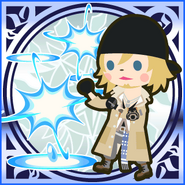 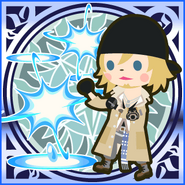 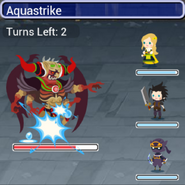