A tonic that works through the skin, drawing out and neutralizing toxins within the body.

The Antidote (どくけし or 毒消し, Dokukeshi?), also called Antedot, Pure Potion and Pure, is an item that has appeared in every game in the series. It cures the Poison status effect. It normally costs little gil and can be acquired fairly early in the game.

The Antidote (PURE on the NES) can be bought in every store, except for Melmond, and costs 75 gil. Antidote is extremely valuable, as there is no other cure for Poison other than using the Poisona spell, and it can be inflicted relatively often.

A handful of Antidotes can be found. Two are in Damcyan and one is in the Sealed Cave, otherwise they are dropped by the Desert Sahagin and the Naga. Antidotes can be purchased at Damcyan, Fabul, and aboard the Falcon, for 40 gil.

Antidote can be bought in Midgar (Sector 7 Slums disc 1, Sector 5 Slums and Shinra Building), Wall Market, Kalm, Junon, North Corel, Costa del Sol, Gold Saucer, Cosmo Canyon, Gongaga, Nibelheim, Mideel, Bone Village, and Corel Prison for 80 gil. It can be stolen from Brain Pod and Kelzmelzer and dropped from Blood Taste and Special Combatant. It may also be morphed from the Kelzmelzer.

This section about an item in Final Fantasy VII Remake is empty or needs to be expanded. You can help the Final Fantasy Wiki by expanding it.

Antidote can be bought in nearly every item shop for 50 gil, and one may also be found in Dali. It can be dropped from Chimera and Stilva, and can also be stolen from the enemies Amdusias (A), Crawler, Drakan, Mimic, Sand Scorpion, Serpion, Torama, Whale Zombie and Worm Hydra.

Antidotes can be bought from most merchants and found in treasure caskets throughout Vana'diel, and can be synthesized by Alchemists.

Antidotes can be bought from the Unicorn Mart for 100 gil, and since the Gapra Whitewood presents enemies able to inflict poison to the party they can be found in chests during Chapter 5. Antidotes can be sold for 50 gil. They tend to fall into disuse once Esuna has been learned, however, using items may be faster than shifting paradigms and casting spells.

Removes Poison from one ally.

Antidotes remove poison from an ally. They are fairly useless as the player can simply cast Esuna or use the Remedy to cure poisoning. They can be bought from Chocolina for 100 gil and can be sold for 50 gil.

A refreshing herbal drink that takes on curative properties by way of Noctis's powers. Cures poison.

Antidote cures the Poison status. They are bought from shops for 50 gil. When used as Elemancy catalyst, they add the Venomcast effect.

Use an antidote to nullify poison.

Antidote may be bought for 50 gil in all shops after finishing the battle at the Magick City of Gariland. It may also be dropped from the Red Panther and Black Goblin enemies and sometimes found with the Treasure Hunter ability on the battlefields. Chemists can use the Antidote is an ability for 70 JP. It is one of the first abilities a Chemist can learn.

This potion is an antidote to most forms of poison.

Antidote may be bought in all item shops for 50 gil.

Antidote can be bought in every item shop for 50 gil.

Pure can be bought for 30 GP. It removes the Pois status and has three uses.

Antidote can be bought for 100 GP. It removes the condition of Poison from a party member and it has three uses.

Antedot heals the Pois status. It can be bought for 200 GP at Cirrus, Darius, Dharm, Donmac, Elan (Past and Future), Floatland Town, Knaya, Muu (Past, Present, and Future), and New Dharm.

Antidote can be bought for 20 G in Guera, Urbeth, and Arbor, as well as dropped from Cu Sith. Two can be found in Guera while one more is found in Invidia.

The Antidote can be used to cure Poison or Toxicity, and may be purchased from item shops for 40 gil.

A physic that neutralizes poisons within the body. Effective against a wide variety of toxins, it is an essential for those who come in regular contact with venomous beasts or treacherous poison-wielding foes. Adventurers are encouraged to always keep an ample supply, as healers capable of curing poison with magic are few and far between.

This section about an item in Chocobo's Dungeon 2 is empty or needs to be expanded. You can help the Final Fantasy Wiki by expanding it.

Antidote can be bought and cures Poison.

This section about an item in Final Fantasy Fables: Chocobo's Dungeon is empty or needs to be expanded. You can help the Final Fantasy Wiki by expanding it.

At the bottom of these leaves is herbal medicine containing poisonal, a substance that instantly counteracts almost all forms of poison in the body. It tastes as bitter as drinking poison.

In Bravely Default, Antidote relieves the target of poison. It can be bought from Caldisla, Ancheim, Comrade, Florem, Grandship, Hartschild, Starkfort, Eternia, Adventurer (Norende Village Trader Shop Lv. 2) for 10 pg. It can be found in Caldisla and Lontano Villa, dropped and stolen from the Comrade, and as a reward for tutorial quests. Antidotes can also be used in compounding. 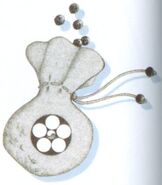 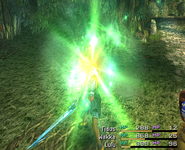 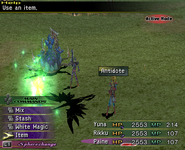 [view · edit · purge]An antidote is a substance which can counteract a form of poisoning.