Weapon with an angel's spirit dwelling inside.

Angel Bless is a mid-ranked thief sword for Zidane, obtained by synthesizing it for 9,000 gil, Mythril Dagger, and Gladius at Alexandria, Treno and Lindblum (after returning from the Outer Continent), and Daguerreo, as well as Black Mage Village during the endgame. It provides 44 Attack, inflicts Confuse with Soul Blade, and teaches the ability Thievery. 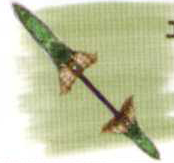 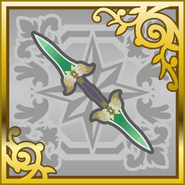 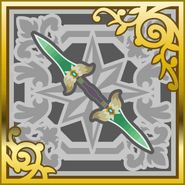