Uses Remedy on all party members.

Angel's Snack (天使のおやつ, Tenshi no Oyatsu?) is a recurring ability in the series.

Angel's Snack is a Blue Magic spell that Quina can learn from eating the monster Ironite, Mistodon, Epitaph, or Behemoth. The first opportunity for learning this spell is by eating Ironite near Chocobo's Forest, right after recruiting Quina after departing from Lindblum through the Dragon's Gate. Ironites are also found in Burmecia.

Angel's Snack uses four Remedies from party's inventory, one for each member of the party. If the party does not possess four or more, the spell will not work properly. If the player only has two Remedies and a party of four, then the ability will choose two random characters to be given the items. Angel's Snack costs 4 MP to use.

Angel's Snack is a Blue Mage spell acquired via Whalaqee Totem from achieving Blue Mage level 70, it has a cure potency of 200 and heals all party members including the user, the effect can be augmented by being under the effect of Aetherial Mimicry: Healer, raising the potency to 500 while also granting it a healing over time effect. 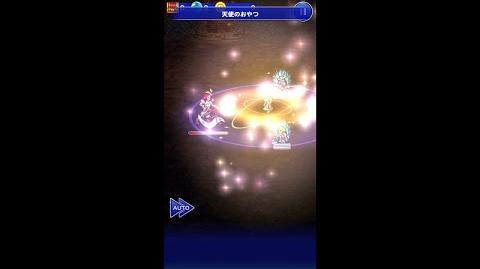 Angel's Snack is a Unique Soul Break usable by Quina, learned from the Bistro Fork. It raises the party's Attack a moderate amount and Defense a small amount. 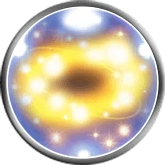