The Ambervale (琥珀の谷, Kohaku no tani?, lit. Amber Valley) is a location in the world of Ivalice. A royal palace, it is a safe retreat for members of the royal family.

Ambervale is the location of the royal family's summer retreat, and is where Queen Remedi takes Mewt Randell after Marche Radiuju tries to find him at the palace. Marche and Judgemaster Cid venture here in "Mission #024: Royal Valley" after Cid arms himself with a special Antilaw.

When Marche and his clan arrive at the entrance to the royal halls, they find Babus Swain unconscious. Llednar Twem then enters the scene and attempts to bar the entrance. Cid uses the Antilaw to break the Fortune law that made Llednar invincible, allowing Marche to destroy him. After Llednar's demise, Babus revives, but Cid and Marche do not allow him to enter the Ambervale palace with them.

The two then travel inside, where Remedi confronts them. She casts off her outer robes and draws a huge blade, summoning Dephs of Famfrit and Adrammelech to aid her. When Marche manages to defeat her, she shows her true form, the Li-Grim, and calls to her two Dephs of Mateus and launches a second assault on Marche. Once again, Marche prevails, causing the world to revert to normal.

After clearing the game[]

A large amount of non-numbered side-missions are available after the main game is cleared, including some that allow Clan Nutsy to recruit secret characters. Babus is recruited in "Mission: With Babus", which takes place in Ambervale. Mewt's old stuffed bear turns out to hold a ghostly copy of Queen Remedi's Li-Grim form in "Mission: Memories". After the mission is completed, the Stuffed Bear mission item is obtained, which turns out to be a present from Mewt's deceased real mother. Ambervale can be freed in "Mission #262: Ambervale".

Faction of the newly established "Clan Doned". On a fast rise to ascendance. 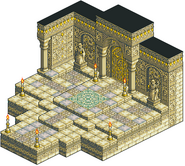 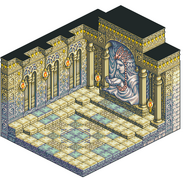 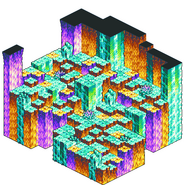