South of Gatrea and Fynn

Altair is a town from Final Fantasy II. Located south of Gatrea and further south of Fynn, it is used by the Wild Rose Rebellion as a provisory base while Fynn is under the control of Palamecia.

Altair is the first town visited by the player's party. Firion, Maria, and Guy are brought here after their escape from Fynn. The White Mage Minwu heals their wounds, and they are then brought before Princess Hilda to explain their story. After learning of Altair's resistance to the Palamecian invasions, the three join the rebel cause. Soon they are assigned on their first mission: to retrieve Mythril from Semitt, so that the rebels can equip themselves with Mythril gear created by Tobul.

Altair is one of four settlements (the others being Gatrea, Paloom, and Poft) that are attacked by the Dreadnought shortly after its initial take-off, leaving many of their inhabitants dead or dying. The young warriors are then sent on another quest to get the Sunfire from Kashuan, and use it to destroy the Dreadnought and save Cid and Princess Hilda, who were captured.

After rescuing Princess Hilda from the Dreadnought, the King of Fynn passes away. Gordon is given the place of commander of the army of Fynn, Minwu is sent to search for the Ultima Tome and Firion and the party are sent to contact with the Dragoons of Deist. Upon reporting on their genocide, Firion is called by the princess into her private room.

After unsuccessfully trying to seduce Firion, she reveals herself as an impostor, the Lamia Queen. Firion defeats the Lamia Queen, and his party rescues the real Hilda at the Coliseum. After this rescue, the Wild Rose Rebellion launches a large-scale assault on Fynn, and are successful at taking Fynn. With Fynn back, Fynn becomes the Rebellion's main base of operations.

Altair is obliterated (along with the same three towns that the Dreadnought attacked) by Emperor Mateus, who summons the Cyclone, which renders the towns inaccessible to the player from then on. Like the entire World, the weak enemies initially living in the fields surrounding Altair are replaced with much more difficult monsters after this point.

The theme that plays in Altair is the Final Fantasy II "Town" Theme. A notable track also heard in Altair is "Rebel Army Theme", which plays only inside the Wild Rose Rebellion's headquarters. 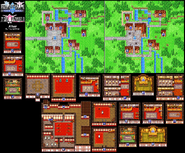 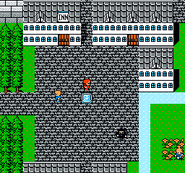 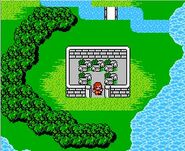 Altair on the World Map (NES). 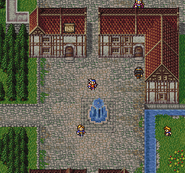 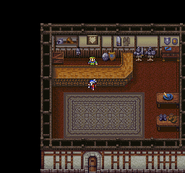 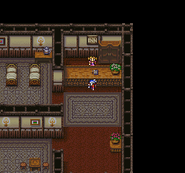 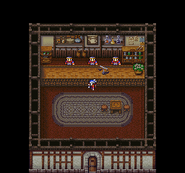 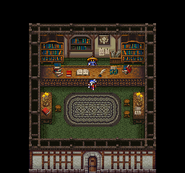 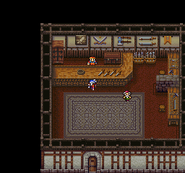 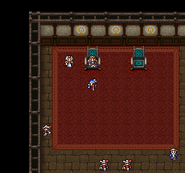 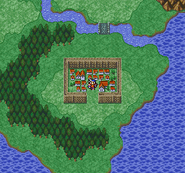 Altair on the World Map (PS).

Altair on the World Map (GBA).

Altair after the Dreadnought's attack (GBA). 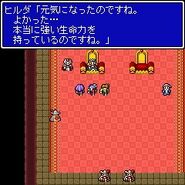 Before Final Fantasy Origins was published, a popular romanization of the city's name was Altea, which was used in the Demiforce fan translation of the Famicom version of the game. This is the Italian and Spanish form of Latin Althaea, from Ancient Greek Ἀλθαία Althaía, which means "healer". This is plot-appropriate, as the party is first brought to Altair to be healed after their near-fatal encounter in Fynn. The name can also be seen as a positive epithet to the home of the Wild Rose Rebellion, which opposes Palamecia and strives to recover Fynn.