Template:Enemy The Alraune King is a plant/mandragora-type boss in Final Fantasy XII fought in the Sochen Cave Palace as a member of the Mandragoras, and later as a regular enemy in the Feywood. It is also fought in the Zodiac versions' Trial Mode Stage 26 alongside eight regular Alraunes, and in Stage 27 with the other boss mandragoras where the Pheasant Netsuke can be stolen from it. 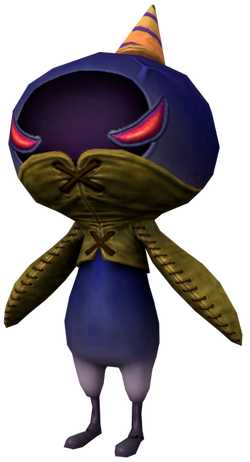 Rarity 2 card.
Add a photo to this gallery

The Mandragoras are a group of five ornery nightshades, kupo! The Mandragora Prince is vulnerable to fire, the Alraune King to wind, the Onion Queen to earth, Topstalk to water, and Pumpkin Star to ice, so hit each with abilities like Fire, Aero Strike, Quake, Water, and Blizzard! Each has its own role to play in the battle, so give some thought to the order you should defeat them in! Oh, and they use debuffs, so bring along Esuna, kupo!