Alma and Ramza were previously unknown major characters in the Garlean legend of The Zodiac Brave Story, which tells the story of Delita Heiral's rise from pauper to king in the mythical land of Ivalice. Their existence was only recently discovered by Garlean playwright Jenomis cen Lexentale, the stage name of Arazlam Durai, via a rough translation of the Durai Papers he inherited from his ancestor Orran Durai, who was burned at the stake as a heretic for authoring them. Desperate to learn more about The Zodiac Brave Story and Ramza and Alma's role in it, to clear his family name, and to prove that Ivalice actually existed, Jenomis named his own children Ramza and Alma to serve as a constant reminder of his life's goal.

Alma bas Lexentale and her brother Ramza recruit the Warrior of Light, via family friend Cid nan Garlond, to find their father when he goes missing in the ruins of Rabanastre.

The youngest daughter of House Beoulve, she has spent much of her life at the monastery. Princess Ovelia and Delita's younger sister Tietra are among her good friends. 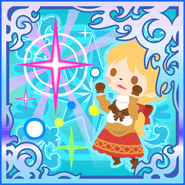 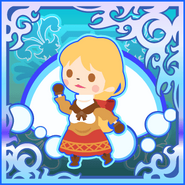 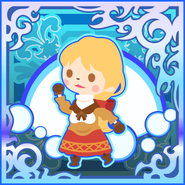 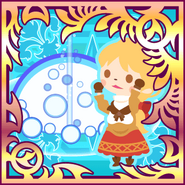 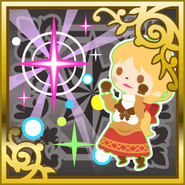 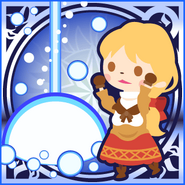 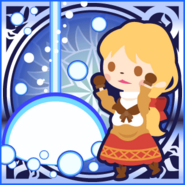 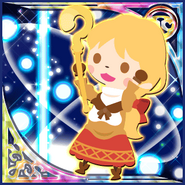 Alma appears as a vision obtainable through rare summoning. A 3-5★ rare summon, her job is listed as Princess. Her Trust Master Reward is the Lordly Robe armor.

Alma's job is listed as Cleric, while her role are Magic Damage and Healing. Alma is one of very few units who cannot equip any weapons. She may only equip clothes, robes, and accessories. Her Trust Master Reward is Lordly Robe.

Alma's basic attack is her throwing a stone at her foes. Her attack only has 1 hit and deals damage approximately after 1.5 seconds. This is similar to the Stone Throw ability in Final Fantasy Tactics.

Alma's stats at her highest levels are as follows, with no passive abilities taken into account*(Actual stats may be higher):

Alma has a unique ability "Stone Throw" which is exclusive to her. She tosses a stone that deals a fixed 400 damage to normal enemies (in Storyline and Vortexes only, otherwise it has a reduced effect).

Alma can equip the following weapon types: none.

She can equip the following armor types: clothes and robes.

Alma's Limit Burst, Wish is her praying. She raise her hands up to the sky then came raining down a soothing energy to heal her allies. This cost her 100 HP as an additional cost, and it would not heal herself. This ability sequence to essentially similar to the Wish ability in Final Fantasy Tactics.

Alma appears on a Triple Triad card in the version available via Final Fantasy Portal App.

Alma appears as a card in the Ivalice Special Arena has a limited-time special arena with eighteen floors.