Alexander is an Avatar in Final Fantasy XI who is fought on two occasions. The first is as the final boss of Treasures of Aht Urhgan and the second as a boss in the quests "Waking the Colossus" and "Divine Interference".

Lua error in package.lua at line 80: module 'Dev:Arguments' not found. Alexander is fought as the final boss in the second half of the mission battlefield Nashmeira's Plea. The avatar Alexander possesses the new Iron Colossus that was constructed to house it and attempts to reenact Ragnarok.

Only after defeating Raubahn and Razfahd in the first half of the battlefield will players face off against Alexander.

Alexander is completely stationary in this battlefield, and is capable of drawing in players if they are too far away from it. If players are within range of its special abilities but not its normal melee attacks, it will instead use Radiant Sacrament to attack enemies. Because it naturally has auto regain, it will always have TP to do so. Alexander also occasionally uses Gospel of the Lost to cure itself for ~1,100 HP.

All of Alexander's special abilities deal light elemental damage, and the most punishing one is it's signature Divine Judgment, which it will only use once at around a little less than 50% HP, and then again at very low HP. Alexander is also capable of giving itself immunity to specific damage types using Perfect Defense when it is below 10% health.

Although Alexander is immobile in this battlefield, he is capable of moving in his avatar quest battlefield.

The following are used once below 50% HP and may repeatedly use it below 5% HP:

The following are used below 10% HP:

Alexander is fought again in the quest battlefield that is shared by both "Waking the Colossus" and "Divine Interference". Both are quests that grant the ability to summon Alexander as one of its rewards.

This battle with Alexander is generally the same, except that Alexander can now move and loses the ability to use "Perfect Defense" and "Gospel of the Lost". It also has access to a different repertoire of spells, and can summon Alexander Images to assist it in battle.

The time limit allowed for the second battlefield is 15 minutes. 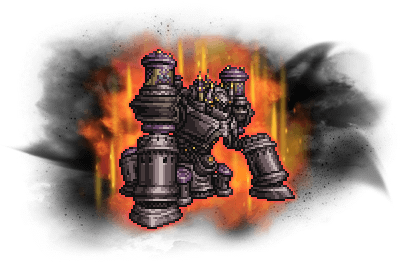 The music that plays during the second half of the "Nashmeira's Plea" battlefield is called "Ragnarok". It was first released as a bonus track in Final Fantasy XI: Wings of the Goddess Original Soundtrack. This track also plays during the battlefield for the "Waking the Colossus" and "Divine Interference" and is used during a Wings of the Goddess nation quest cutscene.

Gospel of the Lost

Concept art of Alexander.
Add a photo to this gallery

Retrieved from "https://finalfantasy.fandom.com/wiki/Alexander_(Final_Fantasy_XI)?oldid=3239821"
Community content is available under CC-BY-SA unless otherwise noted.