Alexander, also known as Alexandr, is an esper in Final Fantasy VI who can be acquired as a magicite.

Alexander is a large, towering robot, primarily silver and white with red highlights. It resembles a gigantic mechanical castle, with spires on its back and its arms designed like support columns. Around its base obscuring the back of Alexander are what may be either blue flames or clouds of mist.

Alexander provides no stat boosts when leveling up. Its summon attack is Divine Judgment (Justice in the Super NES and PlayStation versions), and deals unblockable Holy-elemental damage to all enemies with a spell power of 114. Alexander costs 90 MP to summon.

Alexander is the only way for most characters to learn the Holy spell; Terra and Celes learn it naturally at high levels. However, there are many Holy-elemental weapons that can cast Holy when attacking, and the Holy Rod can be used as an item to cast Holy, so the time investment to teach Holy to characters is dubious.

Alexander is more notable for teaching Dispel, which removes statuses from the target that cannot be removed by Esuna or Remedy. The only other magicite to teach Dispel is Unicorn at a 2x rate, making learning it from Alexander far more efficient. Its other spells are taught by several other magicite pieces, but Alexander still teaches them at an expeditious rate. 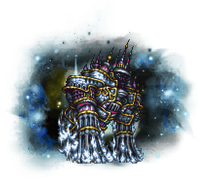 Alexander is the Rank 6 holy-elemental magicite boss in Record Keeper. In addition to using powerful holy-elemental attacks including Sanctified Divine Judgment, Alexander will periodically "intensify its holy power", raising it up to five levels, and it will lose holy power when struck by a dark-elemental attack that deals 30,000 damage or greater. Alexander's holy power" level determines how it judges the party when its HP falls to 70%, and the verdict determines the power of its Sanctified Judgment it uses when its HP falls to 40%. Defeating Alexander rewards the party its magicite.

Alexander's magicite bears the passive abilities Sanctified Blessing and Stat Boon; Sanctified Blessing raises the holy-elemental damage the party inflicts and reduces the holy-elemental damage they take, and also increases the damage done to Alexander and reduces the damage Alexander inflicts in subsequent battles. Stat Boon grants the party a buff to their Attack, Defense, Magic, Resistance, and Mind. When summoned Alexander uses Ultra Divine Judgment to deal a fixed 99,999 damage to a target and raises the party's holy attack, and its normal attack Holy Luster deals a fixed 30,000 damage to its target and lowers its holy resistance.

The Final Fantasy VI incarnation of Alexander is also used for the rank 4 holy-elemental summon ability Alexander. It deals two hits of holy-elemental damage to all enemies.

Alexander may be based on or inspired by the Giant of Babil from Final Fantasy IV. The Giant of Babil's original concept art by Yoshitaka Amano greatly resembles Alexander; Alexander's arms, "mouth", the spires on its back, and numerous other details are recognizable in the Giant's artwork. Officially it has not been confirmed or denied if the Giant was the basis for Alexander. The connection between the two is strengthened by the DS release of Final Fantasy IV, where the superboss Proto-Babil is able to use Alexander's signature attack, Divine Judgment.

The PlayStation Anthology version of Final Fantasy VI gives Alexander prominence in its FMV sequences, where it is summoned to fight Kefka in the final battle, and its Divine Judgment evidently destroys Kefka and his tower.

Concept art of the Alexander's appearance in an FMV for Final Fantasy VI.

Alexander in a FMV in the Anthology version. 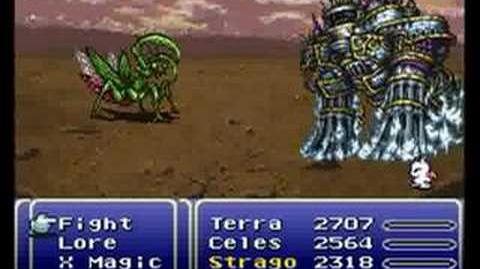 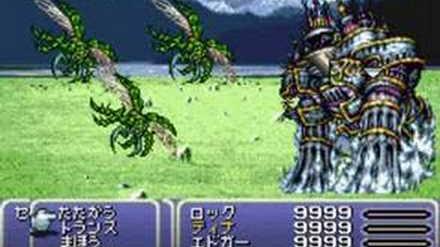