Alexander is a light-elemental Eidolon that appears in Final Fantasy Dimensions II. There are three versions of Alexander available in the game; Morrow's version, which teaches Invincibility abilities, and two versions available to Aemo, which teach her Banish Breath and Banishga Breath abilities respectively.

Morrow's version of Alexander can only be obtained as the first-time completion reward for the "Kraken of Water" side quest on the Big Bridge during the Middle Ages. If players are able to complete the level 30 side quest to obtain the signet at an early point in the game, Morrow will be able to take advantage of the signet's substantial boosts in HP and attack.

The first version of Alexander available to Aemo can be obtained as the first-time completion reward for the "Flocks of Shuchos" side quest in S'zaku Forest during the Middle Ages. This version provides adequate MP and magic stats.

The second version for Aemo can only be obtained by defeating Alexander on the 15th floor of Babil Tower. This version of Alexander provides an increase for Aemo's HP and magic stats, which can serve as an excellent boost for Aemo if obtained in Chapter 4. Its unlockable passive of increasing the potency of Aemo's light-elemental attacks by 16% allows her Banishga Breath abilities to deal more damage to groups of enemies.

All versions of Alexander are eventually outclassed by the later game signets that become available as the player progresses through the game.

Similar to its other appearances in the series, Alexander is depicted as a gigantic robotic fortress-type entity.

The design of Morrow's Alexander is based on the summon's appearance in Final Fantasy IX, with its final rank artwork spawning a pair of angelic wings. Aemo's first version of Alexander's core design resembles its more traditional depiction in the series, albeit with more bestial elements as the summon evolves.

The following are the abilities Morrow can learn from his version of Alexander:

The following are the abilities Aemo can learn from the first version of Alexander:

The following are the abilities Aemo can learn from the second version of Alexander:

Alexander itself is fought as an optional boss on the fifteenth floor of Babil Tower. It has access to the Invincibility III, Protect III, Banishga Breath I, and Holy I abilities. Its special attack is Divine Judgment, which deals heavy damage to the enemy party. It is weak to dark-elemental damage and susceptible to Dispel.

In addition, Alexander itself appeared as the main boss of the aforementioned "Holy Castle of Alexander" raid event. Unlike its appearance in the premium version of the game, Alexander itself could not be attacked until the player broke its "Break" target. Like other raid events, the encounter with Alexander had a twelve turn limit to be defeated. Alexander was eventually reused as a boss on the fifteenth floor of Babil Tower. 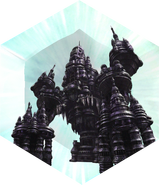 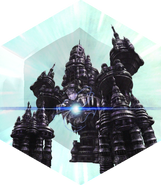 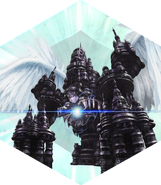 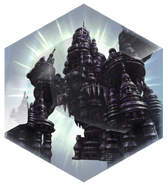 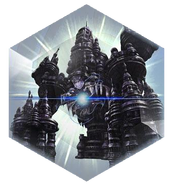 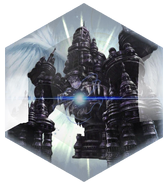 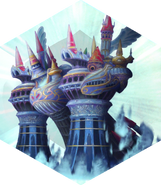 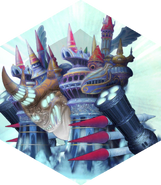 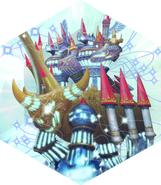 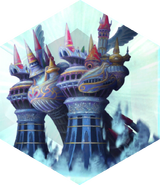 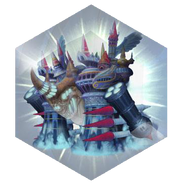 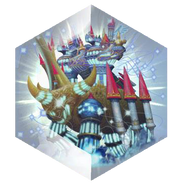 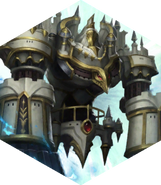 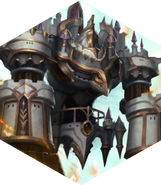 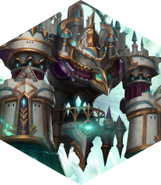