Never one to have her spirits dampened by ill fortune, Alba remains as incorrigible and acerbic in the hinterlands of Harmona as she was before unfortunate circumstances lead to her capture and subsequent imprisonment. Those who cross her or ruffle her feathers are doomed to suffer a verbal lashing for the ages.

Alba is a playable character in Final Fantasy Dimensions. She is the younger twin sister of Dusk, made into one of the Warriors of Darkness by the Crystal of Lux.

Alba is pale, with dark blue and long blonde hair styled into pigtails and held with ribbons, leaving some bangs to frame her face. She wears a cropped blue jacket fastened with a white ribbon; black armbands that extend to her elbows; a blue wrap skirt that falls just above her knees, held up by a pale brown belt and adorned with lace trim and pink patterns; and knee-high purple boots. She wears silver bangles on her right wrist, and a brown bag over her shoulder. The dominant color she brings to each job's outfit is black.

Alba is an outgoing, energetic, and hyperactive girl. She holds a grudge against anyone who wrongs her. Alba is talkative and outgoing; she refers to herself in the third person, and gives herself a different adjectival title—such as "Alba the Magniflorescent" or "the Stupendensational"—each time she does so. She complains about minor hardships, steers the conversation towards herself, or acts as though she is the leader of the group. However, her irreverent and silly behavior belies a more cunning person than she initially lets on. Late in the story, Nacht accuses her of "playing the fool", when she knows far more than she pretends, although he also admits that while the warriors have matured during the journey, she's the sole exception.

Alba starts with Black Magic Level 2, giving access to abilities such as Fire, Blizzard, Thunder, Poison, Sleep and Toad. Alba's stat growth leans towards the magical side, her highest stat being Intelligence, which can be beneficial for Summoner, Black Mage and later Magus. However, since the stat differences between characters are minimal, and abilities and equipment are of greater importance, she can competently do any job. Jobs also gain stat boosts when they level up, which helps even out stats. She joins with a metal rod, pointy hat and silk robe. 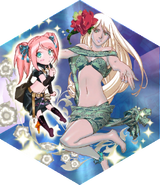 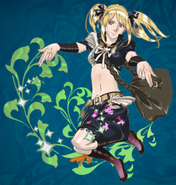 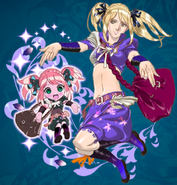 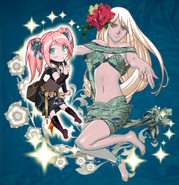 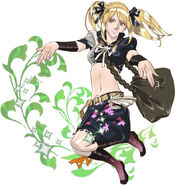 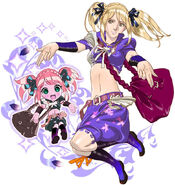 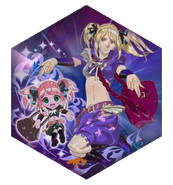 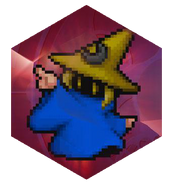 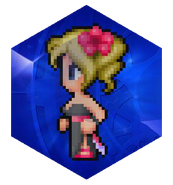 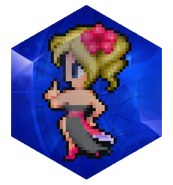 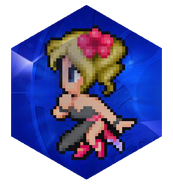 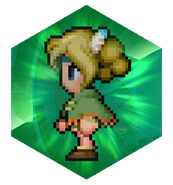 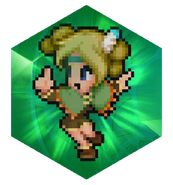 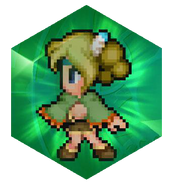 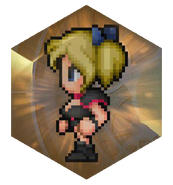 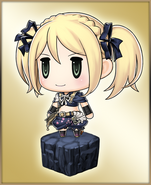 Alba appears on a card.

Alba and her brother are the third pair of twins who are both playable in a Final Fantasy game, the first two sets being Palom and Porom of Final Fantasy IV and Edgar Roni Figaro and Sabin Rene Figaro of Final Fantasy VI. Alba and Dusk are similar to Palom and Porom, being magic users and originally from Mysidia. Alba is most like Palom, being a user of Black Magic, and being a headstrong, irreverent counterpart to the serious Dusk.

Alba is Spanish and Italian for "dawn", the twilight where night becomes day. This plays with her brother's name "Dusk", which is the opposing twilight.