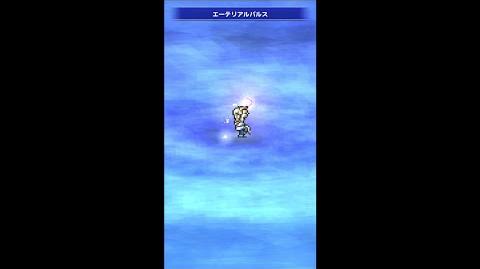 Aetherial Pulse (エーテリアルパルス, Ēteriaru Parusu?), also known as Ethereal Pulse, is a recurring ability in the series. It is an ability used exclusively by Y'shtola.

During a number of cutscenes, Y'shtola summons a barrier of light by spreading her arms out, shielding her allies from harm. The barrier is strong enough to deflect repeated gunfire from Garlean soldiers, though during Heavensward, Blanhaerz was able to enter the barrier and take her by surprise right after she had deflected J'rhoomale's Rain of Death. A similar barrier is shown in Stormblood during Zenos's raid of Rhalgr's Reach when Y'shtola shielded a vulnerable Lyse, though it is shattered by his sheer physical strength, cutting her down.

An ability visually identical to the barrier is available to the player through the Astrologian job called Collective Unconscious, learned at Level 60, which also steadily recovers HP for party members standing inside of it.

Aetherial Pulse is Y'shtola's EX Skill. It steadily regenerates HP and Bravery. While it does not guard against attacks, Y'shtola is granted super armor against Bravery attacks while the field is up, though she will still take damage.

Y'shtola also uses this in the mock battle to defend Terra from an attack by Cloud of Darkness.

Aetherial Pulse is Y'shtola's Super Soul Break, learned from the Omnirod Relic. It casts Protect, Shell, and Regen on the party.

Ethereal Pulse is an active ability that grants all targets Protect and Shell for 12 AP. It can be used by Reynn (Y'shtola's Champion Jewel). 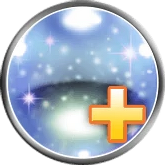 [view · edit · purge]According to ancient and medieval science, aether, also spelled æther or ether, is the material that fills the region of the universe above the terrestrial sphere. In ancient Greek mythology aether was supposed to be the breath of the gods, which formed the air which mortals breathed.