Adelard is a supporting character and playable unit in War of the Visions: Final Fantasy Brave Exvius. Known as the Vermilion Devil, he commands Hourne's second division Nitor.

In contrast with his sister, Adelard is a serious man dedicated to his duties. Focused on his tasks, he is a capable commander who looks out for his comrades and goes to the front lines rather than hide behind as was the case with the previous leader of Nitor. He is a tactful strategist who firmly believes in gaining respect through taking action.

Adelard loves his sister, though Salire's carefree and sometimes flirty demeanor annoys him. He is loyal and respectful towards King Robb.

Adelard's father was the founder and commander of Hourne's second division, Nitor. His leadership was cut short when a member of Nitor, Glahz, usurped leadership through undisclosed vile actions, and subsequently used the unit for criminal acts.

Adelard, disgusted at the lack of proof of Glahz's misconduct, requested a duel for Nitor's commandship. King Robb allowed the duel, which Adelard won, making him Nitor's commander. During this time one of Hourne's fortresses in the west was raided by Lu'Cia of Rundall, a marksman of fearsome reputation. Adelard requested to be sent there though King Robb felt unease that many troops from Nitor were still loyal to Glahz. Adelard wanted to use the chance to prove himself the better leader and Robb gave his consent.

Before leaving, Salire chased after him, intending to follow him. Adelard let her come along and on the way Salire spotted a handful of Nitor soldiers plotting Adelard's demise as Adelard had already predicted. Reaching near the fortress Salire was grazed on her right shoulder by Lu'Cia's bullets. Adelard set a bounty for killing Lu'Cia, stating to the still skeptical soldiers that he was a different leader from Glahz. The unit charged into the fortress leaving many incapacitated until Adelard cornered Lu'Cia. He exposed Lu'Cia's intent as never being about the fortress or the Hourne soldiers that she had taken hostage. Lu'Cia commended Adelard for his wits and revealed she only wanted to know which of Hourne's units would reach the fortress the fastest, boasting she could take the fortress any time she desired. The two dueled and Adelard blocked nearly all her bullets, but was grazed by one.

Lu'Cia praised his skill, but mocked his spellblade technique as antiquated. Salire cast her Thunder spells, which backed Lu'Cia further into a corner. Lu'Cia praised the siblings' power of love, as she loved to trample over useless feelings, but left as she had another hobby: torture. Adelard returned to his soldiers who were playing dead and asked why did they not take the chance for the bounty. The soldiers agreed that Adelard was different from Glahz who was merely using them while hiding behind, as Adelard was always at the frontline fighting together with his unit. Winning over the Glahz faction, the soldiers exposed Glahz's crimes, allowing King Robb to punish him and avenge Adelard's father. Robb praised Adelard for his work and bestowed full command of Nitor to him along with Salire. Adelard was surprised his sister was also given command, and Robb revealed the soldiers had spoken highly of her, making Adelard suspect she had threatened the soldiers into praising her.

A young red mage who leads Hourne's Second Division, «Nitor». While nothing usually fazes the calm-headed Adelard, his one weakness is his younger sister, Salire, whom he values more than anything. Recently, he regrets perhaps having spoiled her, but it's too late at this point.

Adelard is an MR-rarity unit of the Fire element whose main job is Red Mage, while his sub jobs are Green Mage and White Mage. He can equip the following items: Sword, Hat, Clothing, Accessory. His unit cost is 60.

His Master Ability increases his own MAG by 25% and DEX by 10%. He has no limit burst.

The red sword carried by Adelard. In order to use his magic as a red mage, the sword has been forged with a material that allows magic energy to flow freely. Having a high affinity with fire, even a small amount of magic can instantly bring forth a hellflame from the blade.

Adelard, commander of Hourne's Second Division, «Nitor», is a red mage who consistently displays sophisticated swordsmanship and magical prowess without ever losing his composure. His one weakness, however, is his younger sister and sole blood relative, Salire, a black mage in the same division.
Compared to Adelard, who only ever softens his demeanor when his sister is present, Salire never tries to hide her love for her older brother. Even when on duty, she does her best to not become separated and goes to extremes to keep anyone and everyone away from him. As Adelard's looks and reputation attract many courters, it is needless to say that women find themselves on the receiving end of Salire's endless jealousy, though it would seem that even men and domesticated animals are not exempt from it either.

Envious Magician is an MR-rarity vision card with a cost of 50. At Lv. 70, its stats are HP +242, ATK +46 and MAG +126. Its Party Abilities are MAG Up 30% and Lightning Unit Man Eater Upon Magic Attack Up 15. Its Bestowed Effects are Reduces Non-Attack Ability Activation Time 100, Reduces Attack Ability Activation Time 100 and DEF Down 5. It was illustrated by SQUARE ENIX.

Adelard was ranked 9th with 1,614 votes in the Character Popularity Poll for the global server's Six-Month Anniversary Celebration.[1]

Adelard was ranked 3rd with 674 votes in the "Who Should Be the Next Enemy Boss" poll for the Japanese server's Second Anniversary Celebration.[2] 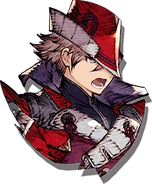 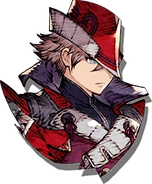 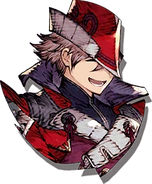 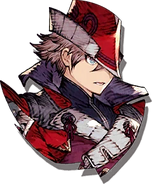 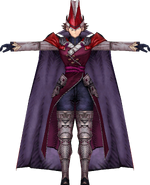 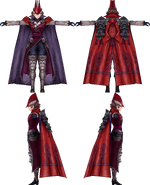 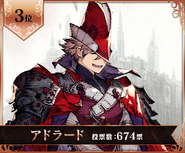 Rank in the Japanese server's "Who Should Be the Next Enemy Boss" poll.