Ace is a playable character.

In the Dominion of Rubrum, there exists a legendary class of cadets: Class Zero... This young man stands at the helm of the twelve chosen ones; on a field of violence and horror, he hums a comforting lullaby...

Ace is a playable character and the main representative of Final Fantasy Type-0. He can be available from the start by transferring save data from the second demo. If the player did not select him among their party of four, or didn't download the demo, he can later be unlocked by collecting Yellow Crystal Shards.

He is a Spell oriented character. His Limit, Cannon Laser, deals damage in direct proportion to his Magic, Spirit and level. 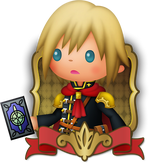 Ace appears as a playable character.

Ace appears as a Legend character. 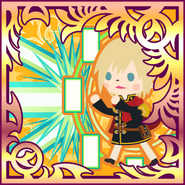 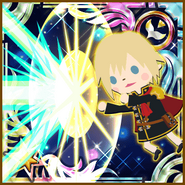 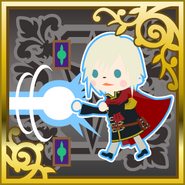 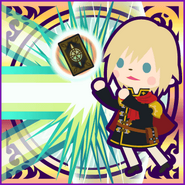 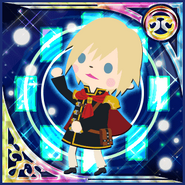 Ace appears as a playable character. His attacks are Playing Cards, Cut Cards and Blizzard. 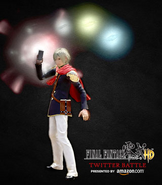 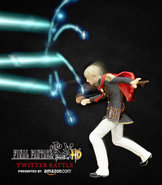 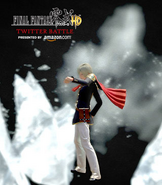 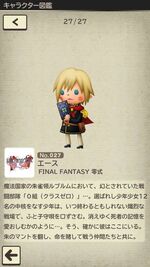 Ace is a playable character who could be initially recruited during the Challenge Event Type-0: Into the Fray as a First Time Reward for completing Liberating Akademeia stage on Classic difficulty.

Ace appears as a vision, and optional playable character. A 5-7★ Rare Summon available since the event Akademeia, his job is listed as Agito Cadet, and his roles are Magic Damage and Support. Although he is unremarkable in his base form, he becomes a noteworthy magic damager (although reliant on luck) and "MP battery" (being able to recover the party's MP by significant amounts every turn) when fully enhanced. His Trust Master reward is the Acceptance ability materia, whereas his Super Trust Master reward is a throwing weapon, End's Trump Card. 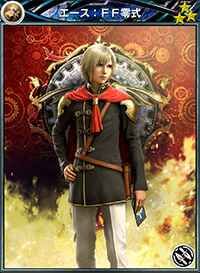 Ace appeared as part of the Final Fantasy collaboration. The collaboration event happened in the North American version from 2 to 15 November 2015. 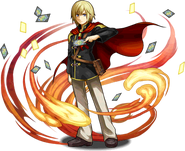