The Academy is a research and higher education institute that conducts scientific expeditions in Final Fantasy XIII-2. It was created by Rygdea and Bartholomew Estheim in the year 1 AF[1] and is later led by the latter's son, Hope Estheim. The organization replaces the former governing system of the Sanctum and focuses on building a society independent from the fal'Cie based on science and human technology. Final Fantasy XIII: Reminiscence -tracer of memories- sheds light on the events after the Final Fantasy XIII-2 ending and how the Conseil de Renaissance was born out of the Academy.

The Academy is the institute that governs the world's people, and has its headquarters in the city of Academia. It is a research-based organization founded with the aim of promoting human independence from the fal'Cie, and has rebuilt society based on the pursuit of that ideal.

The scientists of the Academy are currently moving forward with a plan to relocate the entire human race to a new, man-made Cocoon by the year 500 AF. For that purpose, the provisional government has granted the institute various administrative powers.

Important policies are decided by a joint staff committee. Each person involved in the decision making, however, must gain a vote of confidence from the general populace. This system has proven popular with the great majority of citizens, and has contributed to the smooth running of society.

The Academy's research mainly focuses on the histories of Gran Pulse and Cocoon to find an alternate power source to replace the latter's fal'Cie. The Academy's guiding philosophy is a future for mankind without reliance on the fal'Cie.

Some notable contributions the Academy has made to the world are the coining of the term "paradox", the construction of the Augusta Tower, and gathering and sharing information via the Academy Datanet system.

By the year 400 AF, thanks in part of Hope's attempt to change the fate of Cocoon's fall, the Academy becomes the new de facto government body of Gran Pulse. The city of Academia becomes the capital, while Academy studies the Thirteenth Ark in their plan to save Cocoon.

In an alternate timeline starting in 13 AF when the Augusta Tower was completed, Hope and his assistant Alyssa were murdered. Reality had become distorted because of the Proto fal'Cie Adam, who took over the Academy and ruled Academia, akin to the Cocoon fal'Cie Barthandelus using its human disguise as Primarch Galenth Dysley and the fal'Cie Eden to rule through the Sanctum.

In 500 AF Cocoon's crystal pillar shatters with Fang and Vanille's crystal salvaged from it. Damage is minimized by the Academy's Metashield, as well as evacuating the populace to the manmade Cocoon Academy had built. Chaos enters the world and erodes the border between visible and unseen realms, as Caius Ballad's plan to kill Etro had worked.

As the world sunk into the Sea of Chaos, its remains became known as Nova Chrysalia. Mankind stayed within the manmade Cocoon while Hope had the Academy analyzed the situation. They discovered people had stopped aging and had become infertile, meaning humanity was heading toward extinction. To stop the populace from sinking in despair, Hope set up the Conseil de Renaissance to be the world's "hope" tasked with finding a way to reverse the Chaos's effects. Academy transitioned into this new organization with Hope remaining the leader.

A new fal'Cie called Pandaemonium cultivated the lands for human habitation to lure people into abandoning their deteriorating manmade Cocoon, a decision Hope eventually made. A team of Academy scientists remained to make use of the state-of-the-art facilities to find a way to fight the Chaos. Their existence was highly-classified as Hope feared the fal'Cie might object. Hope secretly oversaw the research and eventually discovered Chaos could be controlled via Antimatter Manipulation Principle, a technology once used in the original Cocoon.

The scientists went missing with the only a the words spelling 'The woman with the rose-colored hair takes us with her' left behind. Hope started investigating and fell into depression, beginning to see a pink-haired phantom. He became obsessed with the illusion, reliving the past in his dreams alongside the phantom until he couldn't separate dream and reality. This was Bhunivelze's work, as though he had no control over the hearts of men, he could create illusions. Led by the phantom, Hope was lured into the now deserted manmade Cocoon where he remained never to be seen again, and in his absence the Conseil de Renaissance fell apart.

Some remains of the Academy persist until Nova Chrysalia's end: the Academia main hall is a prominent landmark just south of Aryas Village, and the remaining Academy scientists set up the Research Camp on the Wildlands.

The Academy has an eponymous theme, titled "Academy's Theme", composed by Masashi Hamauzu.

The entrance to the Academia Research Facility (4XX AF).

The main hall of the Academia Research Facility (4XX AF). 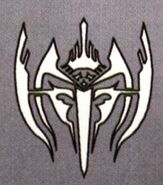