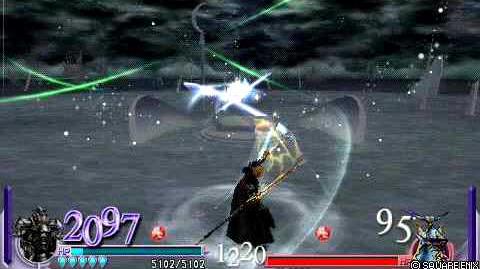 The Ability sort bug is a bug found only in the Japanese version of Dissidia Final Fantasy, which allows for the player to use abilities that should not be used outside of normal means. For instance, by using this bug, a player is able to use Gabranth's EX Mode moves while not being in EX Mode, or using moves (such as Cloud's Omnislash ver. 5) as other moves (HP attacks can be used as Brave attacks via this bug).

An instance of doing this with Gabranth is as follows:

Another instance of this bug is as follows (using Cloud and Omnislash ver. 5 as examples).