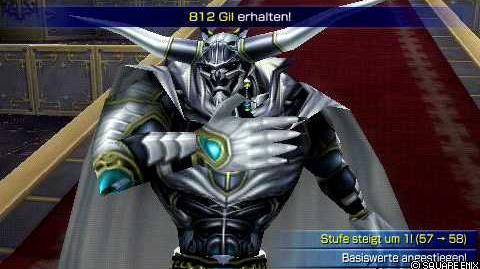 The 0 HP EX Burst glitch is a glitch found in Dissidia Final Fantasy. This glitch can occur when both fighters land HP attacks simultaneously. One character must be in EX Mode, and the other must have enough Brave to end the match. After both attacks land, the character in EX Mode will still be given the chance to perform their EX Burst despite having 0 HP. If the EX Burst successfully kills the opponent, the match will end in a Double KO.