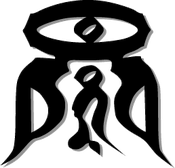 In Final Fantasy X, the people of Spira follow the Teachings of Yevon ("Yevon" and "Yu Yevon" refer to the same person). Yu Yevon (Ebon Ju in the Japanese version; エボン・ジュ Ebon Ju) was a summoner who lived in Zanarkand one thousand years before the start of the game.

Nearly all the peoples of Spira follow the teachings of Yevon, including the Ronso and the Guado (converted in recent years by Jyscal Guado). The Al Bhed, viewed as heretics by the autocracy for their use of machina (a practice strictly forbidden by the church), do not follow the teachings. As for the Hypello, whether or not they follow Yevon’s teachings is never explored in the game.

Temples of Yevon are found throughout Spira. At the heart of each temple is a Chamber of the Fayth, a room that contains a Fayth -- a statue that houses a willingly-given human soul. It is through this soul bonding to a Summoner that mighty creatures called Aeons may be made manifest (see "Summoners" below).

There are five official Temples of Yevon, each with their own Fayth:

There are two lost Temples of Yevon:

When Summoners journey to defeat Sin, they arrive at the final temple, located in "the city at the end of the world":

At the top of the Yevon church’s hierarchy, there is the position of the Grand Maester, an office similar to that of the Catholic church's Pope. In the game, Grand Maester Yo Mika has held the position for 50 years. Below the Grand Maester are three positions simply referred to as by the title "Maester," a station similar to that of a Cardinal in Catholicism, though one casually addresses a Maester as "Your Grace", a title reserved for bishops, instead of "Your Eminence", as is the custom regarding Cardinals. Maesters have many duties within the church including making laws, presiding over Yevon’s High Court, and overseeing the church's civil, military, and spiritual affairs.

The next step down are the Priests of Yevon. Their job is to attend to the temples throughout the land. Each temple has a High Priest who presides over the temple and its staff, Maester Seymour himself being the High Priest of Macalania Temple. Many priests are Summoners or former Summoners. Priests tend to wear multicolored vestments of white, green, and orange.

Below the Priests are Summoners, a position similar to a cross between a priest and a miko. Summoners are charged with the greatest responsibility of all, to journey to Zanarkand, obtain the Final Aeon and destroy Sin. Summoners also perform the Sending, a ritual that guides the souls of the dead to peace on the Farplane. The title of "High Summoner" refers to Summoners who have defeated Sin.

Lastly, the church has a number of Acolytes, similar to deacons or nuns. They work throughout Spira performing various duties for the church.

Arms of the Yevon ChurchSửa đổi

The Yevon Church also has many militant arms in addition to the Summoners:

Prayer to Yevon is conducted with a complicated gesticulation that starts with the hands out to either side before bringing them into the chest, as though holding a sphere, and bowing. This evolved from a Blitzball ritual.

Additionally, Summoners are obligated to perform the Sending for the deceased. This is a ritual dance that sends the pyreflies (multicolored lights that represent a person's life energy) of the deceased on their way to the Farplane, preventing the pyreflies from coalescing into a fiend.

1,000 years before the events of Final Fantasy X, there was a great war between the cities of Zanarkand and Bevelle. Yevon, Zanarkand's ruler, could see that his people would not be able to defeat Bevelle's machina, but he was unwilling to allow his city to be swallowed up into history. He devised a plan to preserve its memory for all eternity, even if he could not save the city itself. At Yevon's order, most of the surviving citizens of Zanarkand gave up their lives to become Fayth, who Yevon could then use to conjure a summoned form of Zanarkand based on the memories of its citizens. This summoned replica of the city was to be an ideal paradise, removed from conflict and those who may infringe upon this city of memories.

In order to accomplish this, Yevon manifested the city out at sea in an undisclosed location, far removed from the Spiran mainland and the warmongering Bevelle. Further, to prevent technology from allowing Bevelle or anyone else to easily locate his summoned city, Yevon used Gravity magic to surround himself with disembodied spiritual energy (pyreflies), and used them to create an invincible armor called "Sin"; this armor would protect him while he summoned Dream Zanarkand, as the summoned form of the original is called. Additionally, Yevon "programmed" Sin to attack areas with high populations and advanced technology, thus bringing technological progress to a halt and keeping the people of the mainland from giving much thought to what may lay far out at sea.

Unfortunately for Yevon (now to be known as "Yu Yevon"), maintaining his summoned city and creating Sin was a greater strain on his human mind than even he, who was considered peerless amongst Summoners, could handle. His humanity faded from him, leaving only his instincts to maintain Dream Zanarkand's order and to protect himself. Sin's first act as an instinctual beast, "programmed" to attack advanced technology, was to destroy the original Zanarkand.

Yevon had a daughter, Lady Yunalesca, to whom he left instruction of a technique called the Final Summoning, the only known way Sin's armor could be pierced. A Summoner who trains her/his Aeon-summoning abilities sufficiently will pass Yunalesca's test and be deemed worthy of receiving the Final Summoning. The Final Aeon is an ultimate summon for a Summoner, though every Summoner would have a different Final Aeon, and their Final Aeon would not function the same for another Summoner. A notable example of this is that Seymour's Final Aeon is Anima, with whom he could defeat Sin, yet she is not as powerful for Yuna. This is because a Final Aeon must be someone to whom a Summoner has a close, powerful bond, such as a friend, sibling, or spouse. It is for this reason that a Summoner's Guardian is chosen to become the Fayth for that Summoner's Final Aeon. Summoning the Final Aeon grants a Summoner the power to destroy Sin because of the powerful bond that unites the Aeon and the Summoner, but when this method is used, Yevon endures the destruction of its vessel and quickly merges with the Final Aeon and uses it as the core of a new Sin. Further still, Yu Yevon's process of merging with a Final Aeon severs the powerful emotional and mental link between Aeon and Summoner, resulting in a psychic feedback that kills the Summoner. The Church of Yevon proclaims that this rite can defeat Sin for a time and give Spira hope for a short while, but states that unless the world embraces the teachings of Yevon and atones for their sins, Sin will never disappear completely.

The Final Summoning plays an invaluable role in the Teachings of Yevon, and Bevelle's acceptance of them. Once Sin made its first public appearance, Bevelle believed it to be a powerful Aeon created by Yu Yevon and sent to exact revenge. In order to appease Yevon, in a deal with Yunalesca, Bevelle agreed to offer praise to Yevon and maintain his memory through establishing the Teachings of Yevon. It is believed that this was Yunalesca and Yevon's plan all along; Dream Zanarkand would remain undiscovered and the people on Spira's mainland would not be forced to utterly succumb to despair. Yunalesca then turned her husband Zaon into the first Final Aeon, and used him to destroy Sin. Yu Yevon's spirit then possessed the Aeon that Zaon had become, and used him as the core of a new Sin. Yunalesca died when the bond with her husband was severed, but her spirit remained in Zanarkand to grant new Final Aeons to worthy Summoners.

The Teachings of Yevon mainly revolve around the Final Summoning and the ban on machina, as it was Yevon's wish that there should never be technological convenience that would allow for Dream Zanarkand to be discovered. Bevelle began to set up temples throughout Spira, and in each temple was placed a Fayth. To govern these laws, the Church of Yevon came to be, with four Maesters at the top, a High Priest for each temple, and many other priests, monks, and nuns.

Fayth can be heard singing a hymn that was reported to have been heard coming down from the Fayth on Mt. Gagazet at Sin's first public appearance -- a hymn which later became known as the "Hymn of the Fayth." Around the time Bevelle adopted the Teachings, this song was taken up by those who were in defiance of Bevelle, the Al Bhed in particular. At first, Bevelle prohibited the use of the song, but then spread a story that the song was sung to soothe the souls of the dead. The hymn was incorporated into the Teachings of Yevon thereafter and regarded as a holy song.

The End of YevonSửa đổi

At the end of Final Fantasy X, Tidus, Yuna, and Yuna's other guardians entered Sin and killed Yu Yevon, ending his control over Spira and breaking the people's faith in Yevon. Along the way, they exposed the church's corruption, hypocrisy, and horrific internal workings, a trait commonly found in religion and government in Final Fantasy games.

Two years later, in Final Fantasy X-2, the moral teachings of Yevon were revitalized in the form of the New Yevon Party under Praetor Baralai. Although technically a splinter group of Yevon, the New Yevon Party was not a religion, but a way of life, their motto and position on technological advancement being "One thing at a time."