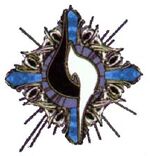 The Garden refers to the three educational institutions in Final Fantasy VIII. Each Garden trains youths into becoming specialized military forces, and is headed by two individuals, an administrator, referred to as Master, and a Headmaster.

The idea of Gardens was originally started by Edea Kramer as a haven for orphanages for the future. Cid Kramer, her husband is intrigued with the plan and began seeking beneficiaries for financial support. The Shumi NORG gave major contributions into building the first Garden, Balamb Garden. The facility itself was built by the technological masterminds of Fisherman's Horizon, and was placed on the central continent in the world of Final Fantasy VIII.

Balamb Garden is administrated by NORG, and Cid Kramer becomes its headmaster. Due to the funding needed to run the Garden, NORG suggested dispatching elite mercenary forces called SeeDs around the world. The Garden benefited from the enormous funds flowing in, and the Garden became a training facility since. After some time, two more Gardens were built; Galbadia Garden and Trabia Garden. Galbadia's Master is Martine, who is also the Headmaster - until Edea, under control of Sorceress Ultimecia takes over. The headmaster of Trabia is never revealed.

The Gardens were made to train SeeD, an elite mercenary force completing missions around the world, in wait for their ultimate goal of defeating the Sorceress. Dr. Odine created the system of Guardian Forces, which let the SeeD students junction magic to themselves to increase their strength, as well as use the GFs in battle.

The Garden buildings were initially Centra Shelters before being built into Gardens. Ancient Centra traveled around the world using these Shelters after the Lunar Cry devastated their homeland. The MD Level is where the control system for the Shelter is located, where the oil stratum fuels the system that moved the Garden. At present, the original structure was left intact - the engineers from Fisherman's Horizon had only remodeled the Shelter - and entry is strictly forbidden.

In the final non-CG cutscene in the game after Ultimecia has been defeated for the last time, Squall Leonhart becomes lost in the time compression and returns to where he promises to meet Rinoa Heartilly after the conflict (dialogue immortalized by the game's opening CG sequence). Though he nails the location, he overshoots the time he must return to, and thus confronts Edea as Matron (and his own, young self) in the front courtyard of the orphanage. It is here that Ultimecia reappears, having followed Squall on her last legs, and transfers her sorceress abilities over to Matron. During the discourse Matron has with Squall, he explains who he is and where - or rather when - he is from, and initiates conversation about the origin of SeeD and the founding of Garden, explaining to Matron how they were her ideas. So, in perhaps the story's most ironic twist, the plot becomes cyclical, and Squall is revealed to be truly responsible for the creation of both SeeD and Garden.

Among the articles and text-based lessons drilled into each Garden student is the Garden Code. A series of articles that informs the student on possible actions that could be performed during a given situation. (For example: Article 8, Line 7 dictates: 8:7... In the event that returning to the assigned Garden is not possible, report to the nearest Garden.)

SeeDs may not use weapons or magic in the Garden, apart from the Training Center. The rules also state that one may not bring animals into the Garden (Angelo, Rinoa's dog, however, is seen wandering around in the celebratory ball in the ending, thus either meaning she is an exception or the rule had been dropped in Balamb Garden). Loitering, eating in classes and the library, violence and sexual abuse is strictly prohibited. T-Boards (a floating type of skateboard) and similar forms of transportation are also not allowed. Cadets must also obey these rules, as well as respect a curfew. Students may not leave their dorms post-curfew unless at the training center or with special permission from Garden faculty. Cadets must also abstain from purposefully injuring fellow cadets while training. Cadets who break the rules may be reported to SeeD or Garden Faculty. The student-run Disciplinary Committee also oversees cadet behavior. SeeDs who break Garden rules will be referred to their superior officer, and may face demotion or court martial.


Graduation:
-Must be between 15-19 years of age.
-One must have all the required skills and knowledge taught through Garden courses.
-One must have the Headmaster's approval to graduate.
-At age 20, regardless of graduation, all students are released from the Garden.


Opportunities for Alumni:
-The Garden supports a program that helps graduates enlist in armies all over the world.
-Instructors and SeeDs are permitted to remain at the Garden. However, SeeDship must be attained before the age of 20.

While dress standards are usually casual in Gardens such as Balamb, Garden does require students to wear cadet uniforms for formal occasions or external operations where the Garden is represented.

The uniforms of each Garden are in similar design to each other with patterned shoulder pieces and silver linings. The Garden logo appears partway down the right sleeve. The main difference between the uniforms is the colour scheme; Balamb Garden's consists of a navy blue base with yellow accent, Trabia Garden's a light blue base with purple accent and Galbadia Garden's black base with red accent.

Children between the ages of five and fifteen years old may apply to become a Garden cadet. To become a student, one must first pass an interview. Students are allowed stay with their family and commute if they do not wish to live in the Garden's dorms. Cadets take classes in general education, athletics, combat, magic, and (in Balamb Garden) Guardian Force use. When Cadets turn 15, they may attempt to become SeeD at an exam given every spring. Students from the other Gardens transfer to Balamb each spring to take part in the SeeD exam. Students have until age 20 to pass the SeeD exam before they are required to leave the Garden.

During schooling each student is assigned to a group that reflect upon what they are studying and/or in accordance to their chosen profession.

The level of competence in their studies is reflected by a level 'ranking' featured after their group title. (eg. Fire Platoon Lvl 3, Indirect Magic Operative Lvl 2). By logic, there are more specializations, but they went unmentioned throughout the game.

The Garden staff responsible for the administration and overseeing conduct and ethics. Each Garden has their own set of faculties with different uniforms; Balamb Garden's is dressed in white and red robes with a yellow, face-covering headgear, Galbadia Garden's in tracksuits while Trabia's in standard military garb.

Faculty classification systems within the Gardens follow that of a standard real-world school. (ie Principal, Instructor, Faculty, Doctor, Psychiatrist ,etc.) but there are one or two extra ranks, as well:

All Gardens support a program which helps graduates enlist in armies all over the world. This program was created by Martine, the Galbadia Garden Headmaster.